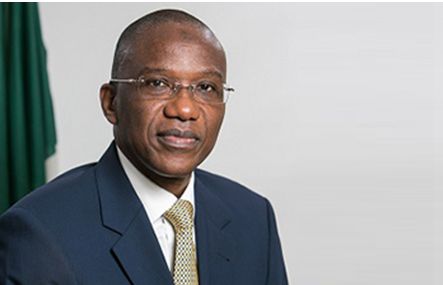 A Federal High Court sitting in Awka, the Anambra State capital in Suits No. FHC/AWK/CS/101/2018 and No. FHC/AWK/CS/102/2018 has ordered the Asset Management Corporation of Nigeria (AMCON) to take over the business and assets of Micmerah International Agency Limited.

AMCON had appointed Chief Tagbo Anieto as Receiver/Manager over the assets of Micmerah International Agency Limited, which owe it over N1billion. The company is located at Onitsha, the commercial hub of Anambra State.

AMCON had taken over the Non-Performing Loans (NPLs) of Micmerah International Agency Limited from various banks in line with its mandate under the AMCON Act. All efforts to peacefully resolve the loan were frustrated by Chief Mike Emerah, the prime promoter of the company, which left AMCON with no other choice than to seek justice in the court of competent jurisdiction.

Confirming that AMCON had already taken over the assets/properties of Micmerah International Agency Limited as directed by the Court, Jude Nwauzor, Head, Corporate Communications, AMCON said, “We saw it coming because the said debt is long overdue. As a responsible corporation, before we get to this stage with any of our obligors; we must have patiently tried to resolve the matter without going to court. Anytime we end up taking over assets by the order of the court such as in the case of Micmerah International Agency Limited, it means all efforts by AMCON to get the obligor to amicably repay the indebtedness have proved abortive.

“When you have exhausted all avenues of peaceful resolution, there is no other option available to AMCON than what has eventually happened, which is the commencement of enforcement action against Micmerah International Agency Limited as mandated by the court and as provided under Section 49-52 of the AMCON Act. If not, it would be difficult to take over those assets because the owner is very influential in Anambra State.”

It would be recalled that Mr. Ahmed Lawan Kuru, Managing Director/Chief Executive Officer, AMCON late last year declared that the corporation after a critical evaluation of its recovery processes changed its resolution strategy to focus more on enforcement actions especially against recalcitrant and hard-core obligors that have vehemently refused to amicably meet their debt obligation to AMCON.