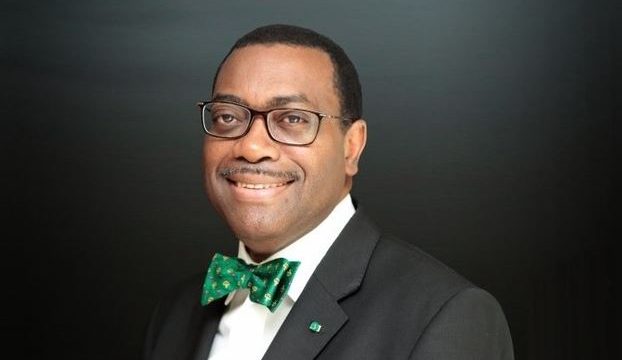 “The future of our continent is looking very promising indeed,” African Development Bank Group, President Akinwumi Adesina declared in the opening words of his address to diplomats yesterday in Abidjan.
Adesina referred to the Bank’s recent flagship publication, the African Economic Outlook 2019 which noted that the recovery in commodity prices is driving domestic demand and infrastructure investment, while real Africa’s GDP continued to improve in 2018 to 4.1%. The Bank expects growth of 4% this year and 4.1% in 2020.

Economic opportunities in Africa are generating considerable interest globally. For example, the agreement in March 2018 establishing the African Continental Free Trade Area (AfCFTA) will create the largest free trade area in the world. The CFTA will provide an unprecedented framework with the capacity to increase trade by at least 100% in Africa.
“The African Development Bank is at the centre of the actions taken to ensure the success of the continental free-trade area. We have invested over one billion dollars to support the financing of trade in Africa,” Adesina said.
The Bank, whose triple-A rating with stable outlook has been reconfirmed by the four major global rating agencies, has also invested $1 billion in Afreximbank, including $650 million in credit lines for trade finance and $350 million in insurance.
The free movement of people on the continent is another important driver of development. “We need to break down all barriers that impede the free movement of people across the continent, especially that of workers, because this is vital for promoting investment,” Adesina said.
In its report on intra-African investment the African Development Bank emphasised the significant increase incross-border investments – $12 billion last year, up from $2 billion in 2010. Under the G20 Compact with Africa, the Bank has worked with the World Bank and the IMF to provide assistance to African countries, particularly to improve company regulations and the business environment.
“Africa will not develop through aid, but through investment”, said Adesina. This is why the African Development Bank, with its partners, launched the highly successful Africa Investment Forum (AIF) in Johannesburg, South Africa last November, securing investment interest in 49 deals across Africa worth over $38 billion in just two days.
The African Development Bank continues to invest in infrastructure to connect countries and improve their competitiveness. It has provided $16 million to the Economic Community of West African States (ECOWAS) for the preparation of feasibility studies for the Lagos-Abidjan corridor. It has also funded 1000 kilometres of road between Addis Ababa and Mombasa, which has increased trade fivefold between Ethiopia and Kenya.
The Bank was the lead lender for the construction of the historic Senegambia bridge linking Gambia and Senegal, which opened on 21 January 2019. And the Bank’s investment portfolio in Côte d’Ivoire has tripled in the last three years, reaching $1.8 billion in 2018.
The Bank is taking a lead role in the “Technologies for African Agricultural Transformation” (TAAT) initiative, which seeks to accelerate the dissemination of agricultural technologies throughout the continent, not only to improve yields, but also to fight against the consequences of global warming and against pests, such as Fall Armyworm. “The crucial point for the economic development of Africa is that we have to radically transform our agriculture,” Adesina declared.
The Bank’s High 5 priorities are already producing significant impacts across the continent,” said the Bank’s President. In 2018, 4.5 million people were connected to electrical grids. Nearly 20 million more people have access to improved agricultural technologies. Industrial investments in the private sector have benefited 1.1 million people.