The Abidjan-Lagos Corridor: A Catalyst for Economic Growth in West Africa 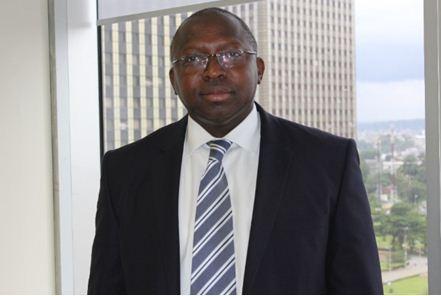 What is the current status of the Abidjan-Lagos Corridor?

The Abidjan-Lagos Corridor is a flagship project of the Programme for Infrastructure Development in Africa (PIDA), which was endorsed by African Heads of States in February 2012 at the 18th African Union summit in Addis Ababa. PIDA is an ambitious initiative which comprised 51 priority projects estimated at nearly US $68 billion to be completed by 2040. The programme is being implemented jointly by the AU, the African Development Bank (AfDB) and the New Partnership for African Development (NEPAD).

The Abidjan-Lagos corridor was selected, by the presidents of the five countries concerned (Côte d’Ivoire, Ghana, Togo, Benin and Nigeria) as one of the most important projects in West Africa in terms of regional integration. To date, under the leadership of the Economic Community of West African States (ECOWAS), a number of physical investments have been made in these countries. In Côte d’Ivoire, for instance, the highway linking Abidjan to Grand-Bassam was opened to traffic on September 14, 2015. The completion of the 42.7 kilometre, at a total cost of US $105 million, is the first part of the corridor connecting Abidjan and Lagos.

Who is taking the lead on the project?

Several stakeholders are involved in the implementation of the project. The World Bank has approved an allocation of US $228 million for the first phase of the Corridor Trade and Transport Facilitation Program which covers Ghana, Togo and Benin while the second phase, estimated at US $89.5 million will cover Côte d’Ivoire and Nigeria. The project entails five components: trade facilitation; improvement of the road corridor’s infrastructure; project management and coordination; HIV/AIDS programs; and corridor performance monitoring. The AfDB, the EU, GTZ, JICA and ECOWAS are currently funding studies to complete the missing links. These studies will focus on transport and trade facilitations, institutional arrangements and the effective implementation of various sub regional texts.

The Abidjan-Lagos Corridor Organisation, a sub-regional intergovernmental organization was set up in 2005 by ECOWAS, with support from the World Bank and the AfDB. The organisation’s mission is to reduce the impact of HIV infection on interregional trade in West Africa. Today, there are discussions around the creation of a Corridor Management Authority like the one we have in East Africa for example.

The project was initiated a long time ago. How do you explain the delays?

As indicated earlier, several activities have already been undertaken. Countries have renovated the most degraded roads in their respective territories and additional road works are ongoing. In Ghana, on the Agona Junction Elubo road (110 km), over 50% of the widening works on 2×2 lanes was completed in December 2013. Works are also underway on Akatsi- Aflao Road Highway. In Benin, works are underway along the Godomey-Pahou section (17 km) and reinforcing works on Pahou-Ouidah-Hillacondji section (76.5 km) are also in progress. The challenge now is to ensure that technical standards are harmonized in order to give the corridor the character it deserves. The Bank has a pipeline project to address road standardization and the trade facilitation aspects.

Which countries are leading the way in terms of involvement, progress made, financing secured and which are those lagging behind?

All the countries concerned have demonstrated unwavering commitment to implement this major project. We must not lose sight of the complexity of cross-border projects of this nature that require the involvement of different stakeholders namely the Ministries of infrastructure and public works, trade, finance and also health for issues related to the HIV AIDS pandemic, customs administrations… to mention only these. Again, the will and commitment to see this project succeed are all there and experts, financial partners, ECOWAS and NEPAD are committed. In addition, all the heads of state signed a treaty in March 2014 in Yamoussoukro that was ratified by the countries’ parliaments. This further demonstrates the willingness of the member countries to abide by their commitments in order to drive the development of the corridor forward.

The project beneficiaries are not aware of the benefits of the corridor. How do you explain the need for such a project?

The Abidjan-Lagos corridor is the busiest corridor in West Africa, a six-lane 1028-kilometer long highway that will link Abidjan, Accra, Lomé, Cotonou and Lagos, while serving the landlocked countries and ports in the region. The corridor is one of the main economic drivers of West Africa, accounting for more than 75% of economic activities in the ECOWAS region. With a total population of over 35 million inhabitants, the corridor connects some of the largest and economically most dynamic capitals in the region. You can therefore easily understand the benefits for the populations. To list just a few, we can say that the corridor will definitely contribute: (i) to accelerating integration and increasing trade at regional level; (ii) reducing trade and transport barriers in ports and roads along the corridor; (iii) facilitating the implementation of the ECOWAS Protocol on the principle of free movement of people and goods by allowing faster border crossing time and (iv) reducing the cost of trade. For this reduction to be effective, the cost of transport, which represents about 70% of trade costs, also needs to go down. These are just a few benefits that can derive from the corridor and which will contribute to the region’s economic development and poverty reduction.

To what extent has the environmental dimension been taken into account?

Following the adoption of the Bank’s Environmental Policy in 1990, the AfDB published the Environmental Assessment Guidelines in 1992. The new Procedures, entitled Environmental and Social Assessment Procedures (ESAP), were adopted in June 2001. ESAP seeks to improve the decision making process to ensure that the projects and programs funded by the Bank are environmentally and socially sustainable. These rules apply to all the projects funded by the Bank. Besides, NEPAD-IPPF, a Special Fund hosted by the AfDB has allocated a US$2.7-million grant for a study relating to the corridor. This technical study will include environment and social aspects to define mitigation measures to be implemented during and after the project.

NIGERIA in 2018: Looking Beneath The Surface