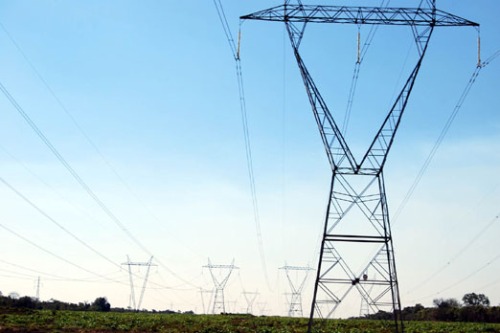 On 1 February 2016, the House of Representatives and Senate of the United States (US) finally passed the Electrify Africa Act nearly two years after it was first introduced in the House.

A few days later on 08 February 2016 President Obama signed it into law. The Act is the most significant piece of legislation to advance United States’ commercial interests with the African continent since the enactment of the African Growth and Opportunity Act (AGOA) in May 2000.

This could signal the beginning of a new era in US-Africa trade relations beyond AGOA; placing greater focus on specific areas of mutual benefit such as the energy and information and communications technologies services sectors.

The purpose of the Act is to establish a comprehensive policy framework that provides for the development of an implementation strategy containing clear policy goals, and to give a clear mandate to the US Administration and Agencies to prioritise and encourage efforts made by sub-Saharan African countries to improve access to affordable and reliable electricity.

The Act also provides for mechanisms to coordinate, monitor and evaluate its implementation. As a whole, the Act gives a long-term commitment from the US Government to actively contribute to the transformation of the electricity market on the continent.

The Act authorises the US Administration to partner, consult and coordinate with sub-Saharan African countries, international financial institutions, African regional economic communities, cooperatives and the private sector to promote access to electricity for at least 50 million Africans by 2020; encourage the installation of at least 20000 of additional megawatts of electricity by 2020 using a broad mix of energy options, including renewable energy; promote non-discriminatory, reliable, affordable and sustainable electricity in urban areas; promote policies to facilitate public-private partnerships; encourage electricity generation, distribution, pricing and regulatory reforms; promote an increase in private financing; promote the displacement of kerosene lighting with other technologies; and to promote an energy development strategy for sub-Saharan Africa that includes the use of oil, natural gas, coal, hydroelectric, wind, solar, geothermal power and other sources of energy.

The Act directs the President to prepare a multiyear strategy to assist sub-Saharan countries to implement their national power strategies. A report that contains the strategy must be submitted to the Senate and House of Representatives within 180 days from the enactment of the legislation.

The President is also required to prepare a progress report, containing detailed information on each power project, three years after the enactment of the Act.

In accordance with the requirements of the Act, the strategy should contain:

· A general account of efforts in sub-Saharan Africa to increase power production; electrical transmission and distribution infrastructure; provide for regulatory reform; improve the reliability of power supply; maintain the affordability of electricity; maximise the financial sustainability of the electricity sector; and improve non-discriminatory access.

· Plans to support efforts to increase access to electricity in urban and rural areas, including plans to address commercial, industrial, and residential needs.

· Plans to support efforts to reduce waste and corruption, ensure local community consultation, and improve existing power generation through the use of a broad power mix and other technological innovations.

· An analysis of existing mechanisms to promote commercial cost recovery; commercialisation of electric services through distribution service providers; improvements in revenue cycle management, electricity pricing and fees assessed for service contracts and connections; reductions in technical losses and commercial losses; and non-discriminatory access to electricity, including recommendations on the creation of new service provider models that mobilise community participation.

· A description of the reforms being undertaken or planned by countries to ensure the long-term economic viability of power projects and to increase access to electricity, including reforms designed to allow third parties to connect power generation to the grid; policies to ensure there is a viable and independent utility regulator; strategies to ensure utilities become or remain creditworthy; regulations that permit the participation of independent power producers and private-public partnerships; policies that encourage private sector and cooperative investment in power generation; policies that ensure compensation for power provided to the electrical grid by on-site producers; policies to unbundle power services; regulations to eliminate conflicts of interest in the utility sector; efforts to develop standardised power purchase agreements and other contracts to streamline project development; efforts to negotiate and monitor compliance with power purchase agreements and other contracts entered into with the private sector; and policies that promote local community consultation with respect to the development of power generation and transmission projects.

· Plans to ensure meaningful local consultation, as appropriate, in the planning, long-term maintenance, and management of investments designed to increase access to power.

· A description of the mechanisms to be established for the selection of partner countries for focused engagement on the electricity sector; monitoring and evaluating increased access to, and reliability and affordability of, electricity in sub-Saharan Africa; maximising the financial sustainability of power generation, transmission, and distribution; establishing metrics to demonstrate progress on meeting goals relating to access to electricity, power generation, and distribution; and terminating unsuccessful programs.

· A description of how the President intends to promote trade in electrical equipment with countries in sub-Saharan Africa, including a description of how the government of each country receiving assistance pursuant to the strategy plans to lower or eliminate import tariffs or other taxes for energy and other power production and distribution technologies destined for sub-Saharan Africa, including equipment used to provide energy access, including solar lanterns, solar home systems, and micro and mini grids; and plans to protect the intellectual property of companies designing and manufacturing products that can be used to provide energy access in sub-Saharan Africa.

· Plans to ensure that small and medium enterprises based in sub-Saharan Africa can fairly compete for energy development and energy access opportunities associated with the Act.

· A description of how US investments to increase access to energy in sub-Saharan Africa may reduce the need for foreign aid and development assistance in the future.

· A description of policies or regulations, both domestically and internationally, that create barriers to private financing of the projects undertaken in the Act.

The Act grants the President the authority to establish an Interagency Working Group to coordinate the activities of relevant US government departments and agencies and to oversee the implementation of the strategy.

Several US entities, including the USAID, the United States Trade and Development Agency (USTDA), the Millennium Challenge Corporation (MCC), and the OPIC, are tasked to prioritise and expedite institutional efforts and assistance to facilitate their involvement in power projects and markets, both on- and off-grid, and to partner with other investors and local institutions.

This includes providing technical assistance, loans, insurance, grants, and other assistance to implement the strategy. In particular, these agencies must also promote the use of private financing. US representatives deployed to appropriate international bodies are required to leverage international support for the objectives of the Act.

Most of the Act’s requirements in relation to the promotion of access to electricity will be implemented under the existing Power Africa initiative. The initiative, launched by President Obama in 2013, aims to double access to clean, reliable and efficient electricity in sub-Saharan African countries and is based on a partnership approach, leveraged by private sector investment and supported by host country governments and multilateral and bilateral donors.

At the launch of the initiative in Cape Town South Africa, President Obama said, “we are moving beyond the simple provision of assistance, foreign aid, to a new model of partnership between America and Africa – a partnership of equals that focuses on your capacity to solve problems, and your capacity to grow.”

Public sector partners, including the African Development Bank (AfDB), the World Bank Group (WBG), the Government of Sweden, and the European Union (EU) have collectively committed nearly $12 billion in support of sustainable energy activities.
The Power Africa Initiative has also formed partnerships with the Governments of Norway and the United Kingdom. Strategic partnerships have been concluded with the African Union’s New Partnership for Africa’s Development (NEPAD), the United Nations’ Sustainable Energy for All initiative (SE4All), and the International Renewable Energy Agency (IRENA).

The phenomenal progress thus far confirms private sector interest in the electricity sector on the continent and preparedness to form partnerships. This initiative highlights the (well-known) need to undertake necessary domestic reforms and to create a regulatory environment that is conducive to foreign investment.

Obviously, regional power pools should be connected and strengthened to facilitate cross-border trade in electricity. But regional trade agreements currently under negotiation also have an important role to play in unlocking opportunities for investors and local entrepreneurs.

They should be forward-looking enough to stimulate infinite economic opportunities associated with greater levels of inter-connectedness but they should also address possible challenges that could hamper the development and establishment of a competitive regional electricity market.