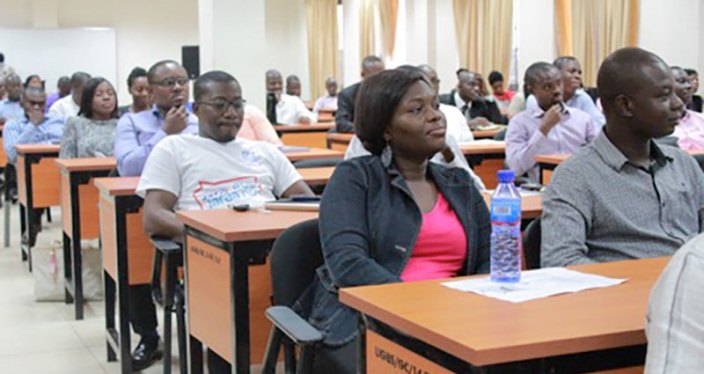 A new report on cross-border remittances in Africa by the International Data Corporation [IDC] says that Nigerian students studying in Ghana accounted for over $1 billion on educational remittances in that country.

“Some of the main use cases for cross-border remittances include low-value remittances, ecommerce, remittances to businesses and government entities (e.g., tax payments), and remittances to educational institutions. This latter use case is particularly pertinent, with the example of Nigerian students studying in Ghana accounting for more than $1 billion in educational payments a few years ago.”

IDC’s ‘Cross-Border Remittances: The Next Mobile Money Frontier in Africa assesses current remittance trends and examines how the cross-border remittance market in Africa is shaping up.

With around three-quarters of global remittances being sent to developing nations, IT market intelligence firm International Data Corporation (IDC) tips cross-border remittances to become the next phase of evolution for mobile money ecosystems in Africa, where the remittance market continues to grow from strength to strength.

Referencing its ‘Cross-Border Remittances: The Next Mobile Money Frontier in Africa’ report, IDC said the continent’s mobile money ecosystem is experiencing growth across several fronts, including micro-loan facilities and C2B payments, among others.

The number of mobile money wallets has now surpassed the number of bank accounts in several African countries and many more countries are expected to follow this trend.

As such, it’s now make-or-break time for money transfer players in some of the continent’s key regions, a scenario not dissimilar to when mobile money was first introduced. And it is the cross-border remittances space, long dominated by traditional financial players such as banks and money transfer organisations (MTOs), that IDC believes will be the next battleground.

“As mobile money usage continues to overtake bank account usage in a number of African countries, IDC expects remittances (especially low-value amounts) to be increasingly channeled via mobile money rather than via bank transfers or other expensive MTO platforms,” says Leonard Kore, a Senior Analyst for Telecommunications and Media at IDC East Africa.

“Mobile money disrupted the financial services market, and cross-border mobile money transfers have the potential to similarly disrupt the remittances market. As such, IDC warns that traditional remittance players may be next to start losing customer share in the fast-evolving mobile-money revolution.

“At IDC, we believe Africa’s telcos are in a prime position to digitally disrupt this market due to their strong local brands, wide distribution networks, and strong customer bases (including mobile money), as well as the spread of mobile networks and device penetration across the continent. Furthermore, the affordability, remittance-value flexibility, and convenience of using mobile money to perform cross-border remittances is enabling telcos to enter the remittances market, which has traditionally been the domain of MTOs and banks. However, we expect MTOs and banks to maintain significant market share, particularly for large-value remittances, because stringent regulatory measures still restrict mobile money platforms in this regard.”

Telcos are using innovative models to provide cross-border remittances through their mobile money platforms, including intra-operator remittances for telcos with a multi-country presence in Africa (e.g., Millicom Tigo Group and MTN), cross-network remittances, partnerships with MTOs and banks, and agreements with mobile money hubs such as TransferTo and Mahindra Comviva’s TerraPay platform. These hubs provide a channel that reduces time to market, ensures regulatory approval, and lowers customer acquisition costs.

“Besides affordability, African telcos will also need to focus on driving innovation and ensuring relevant use cases and solutions in different African contexts if they are to gain traction in the remittances space,” says Kore.