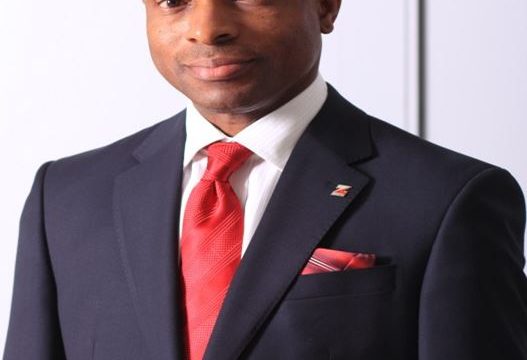 Lower Income but Improved Efficiency
Zenith Bank Plc recently released its FY: 2018 result with largely impressive earnings reported. Against the backdrop of the cloudy macro-environment, in which risk asset creation was expected to be weak, the bank recorded appreciable declines in interest and non-interest incomes by 7.3% and 31.6% Y-o-Y respectively.

Notwithstanding this, the bank recorded a strong growth in PAT which expanded by 11.3% Y-o-Y, as costs declined precipitously. We are encouraged by the bank’s performance and view this improved efficiency as a sustainable bedrock to build strong future performances.

Given this assessment and considering current market conditions we revise our rating on the stock from “HOLD” to “ACCUMULATE and have a 12-month TP of N30.52 on the counter.

Financial Performance Review
The bank recorded a significant decline in gross earnings of 15.4% Y-o-Y, driven by declines in both funded and non-funded income. The decline in interest income was primarily driven by reduced income from loans and advances (-13.2% Y-o-Y), although there was also a moderate decline in income from investment securities (-0.1%).

The decline in income from loans and advances may be related to the substantial decline of 13.2% Y-o-Y in total risk assets which settled at N1.8tn. The bank’s management noted that prepayments early in the year were responsible and given the risky environment, it is not surprising that the bank didn’t build its risk asset portfolio back up during 2018.

Interestingly, non-funded income also declined significantly by 31.6% Y-o-Y due to much reduced derivative income (trading gains), which had propped up the bank’s gross earnings in the previous year. In FY: 2018, the derivative book closed in the red at -N16.8bn relative to N68.7bn in FY: 2017.

As earlier indicated, given the weaker income generation, the bank’s performance became hinged on efficiency. Firstly, interest expenses declined by 33.3% Y-o-Y, as the bank’s stock of low-cost deposits increased, with interest paid on time deposits declining the most by 61.1%.

Asset Quality
The bank’s non-performing loans ratio increased to 5.0% from 4.7%, even with the decline in gross loans, which is indicative of increasingly risky environment. We expect a moderation in NPL by FY: 2019, in line with management’s guidance of 4.9%. Also, given the expectation of moderate growth in loans and advances, cost of risk should remain restrained. We forecast CoR to settle at 1.0% for FY: 2019.

Liability and Funding Mix
As earlier noted, the bank’s CASA (current and savings accounts) – low cost deposits – increased during the year, settling at 87.5% from 83.3% in the preceding year as the bank drove its retail strategy. This is quite impressive and was the major driver of the bank’s impressive earnings performance.

We do not see significantly better headroom for growth here as the funding of long-term assets will need more stable funding base.

Liquidity and Capital Adequacy
The bank recorded strong capital adequacy (25.0%) and liquidity (72.0%) ratios at FY: 2018. There was a moderation in the bank’s CAR from 27.0% in the preceding year, adduced to initial IFRS9 adjustment for the new ECL model for impairment recognition.

There is expected to be a moderation in CAR as the bank expands its loan book. On the other hand, liquidity ratio increased from 69.7% in the preceding year. In line with the expectation of relatively increased risk asset creation, we expect a moderation of LR in FY: 2019.

Valuation and Outlook
We are encouraged by the bank’s much improved efficiency, which we forecast will be a platform for strong future financial performances.

Hence, we expect the bank’s position in investment securities will be extended, which should support interest income growth, given the relatively attractive yield environment.