The Case for Re-authorization of US Ex-Im Bank 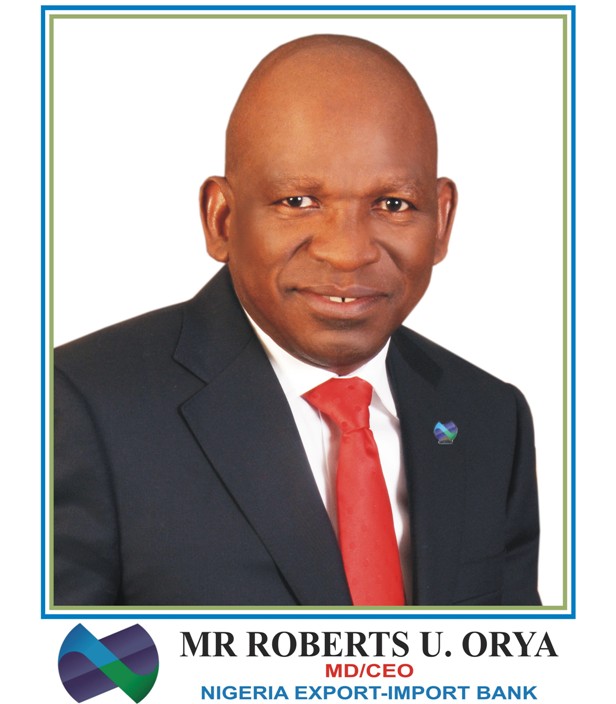 The charter which authorized the existence of Export – Import Bank of the United States (U.S. Ex-Im) was due for renewal at the end of this past September. Its re-authorisation required congressional approval. But the renewal of the charter seemed to have fallen due at the wrong time. Bipartisan consensus on virtually anything has been difficult to come by for some time now, for reasons that could very easily be linked to the mid-term election in November, 2014.

This had made the U.S. Ex-Im to teeter on the brink of dissolution until its charter was extended for nine months pending long-term re-authorization.
I had expected the renewal of the charter of the Bank to be a seamless exercise. But it wasn’t. Instead, the debate became rancorous and polarized along party lines in the most awkward way. For instance, President Barack Obama lent voice support to the renewal of the charter. He said every country has an institutional framework like the Ex-Im Bank to support its exports. He also noted that, if the U.S. Ex-Im became defunct, U.S. companies would struggle to compete abroad.

This position is a marked departure from when in 2008, as a Democrat senator, Mr. Obama criticized the Ex-Im Bank as a government programme that doesn’t work and “little more than a fund for corporate welfare.” In another twist of irony, the Republican-dominated House of Representatives has stood in the way of the renewal of the U.S. Ex-Im charter. Whereas it is the Tea Party, mainly conservative Republicans, that traditionally supports business — the very businesses that U.S. Ex-Im is set up to provide funding support to. This tends to demonstrate the fluidity of policy positions that are established be partisan considerations.

Nevertheless, the debate has actually helped to shed more light on the activities of the Bank. Otherwise uninformed U.S. business owners, who want to sell in overseas markets, now know about the specialized bank, which some commentators had described to be ‘little-known outside Washington DC.’ A similar case of institutional obscurity was made, with validity, against Nigerian Export-Import Bank (NEXIM Bank) before I came into office and until we rolled out what remains a robust communication strategy. Inadequate corporate communication might have led to the accusation that the U.S. Ex-Im was little transparent and accountable. This provides an important learning experience that highly specialized institutions of the state nevertheless need to share information about their activities with the general public.

The U.S. Ex-Im Bank is a Development Finance Institution (DFI) which was chartered to act as the Export Credit Agency (ECA) of the United States. The objective of the Bank is to help U.S. businesses access foreign markets. There are a few tools that have been developed to achieve this objective. They include provision of guarantee, export insurance and buyer credit. Together, they help make U.S. products to be competitive abroad, since exports of other countries are similarly incentivized, if not subsidized, by their governments. It is this same objective that informs the creation of the ECOWAS Trade Support Facility by NEXIM Bank to assist Nigerian exporters gain more access to the West African market where we compete with exports from China and the European Union. ECAs help to mitigate the risk of entry into a foreign market. They also help to provide funding to build capacity for export. Thereby, local businesses are able to achieve higher profit and employ more local people. The virtuous cycle that is created by an ECA also entails helping the country to move towards a positive current account position, by reducing trade deficit. By helping to create export markets, an ECA invariably helps in boosting domestic economic growth.

The US Ex-Im has a rich history of performance. The Bank is more than 80 years old. It has since its founding, till now, funded $567 billion of U.S. exports. The Bank has raised its intervention in the past few years, partly because Africa has come under the radar of some U.S. companies. Its intervention in U.S. export amounted to $37 billion in 2013 alone. The aggregate funding has supported over 1.2 million U.S. jobs over the years. More than 80% of its funding has benefitted small and medium scale enterprises (SMEs).  The US Ex-Im also funds big U.S. businesses including General Electric, Caterpillar and Boeing. Funding by the Bank has helped U.S. businesses to innovate and compete in new technology, including renewable energy. What’s more, the bank has been profitable, placing no burden on tax payers in covering its cost of operation.  Considering its good purpose, positive performance, and setting aside politics, one may ask: “why should U.S. lawmakers be reluctant to keep the Ex-Im Bank going?” Some of the answers reveal very little understanding of the unique role an export credit agency plays.

Some people have argued that the U.S. Ex-Im is in competition with the commercial banks. Not really. ECAs usually fund businesses or operations which are considered to be too risky by commercial banks. The businesses might be at an early-stage of growth and exploration of export markets. Without much institutional track-record and operational experience in a foreign market, most businesses cannot expand through conventional bank financing. They would be dogged by high risk evaluation that will either deny them funding or the price of credit would be too high for their affordability. In Nigeria, an additional obstacle which conventional finance would pose to the businesses is the predilection of commercial banks for short-term lending. But, a specially mandated DFI like the U.S. Ex-Im or NEXIM Bank would take on these risks and back the businesses on the strength of its balance sheet and sovereign mandate (not necessarily involving issuance of a sovereign guarantee).

Funding by ECAs can prepare a business and help it through the difficult early stages until it is capable of attracting or affording commercial loans. This process can work the other way round at the later stages of the corporate development of a business. A growing business, which had accessed commercial lending from the banks, may nevertheless need a specialized bank to help it access a foreign market. Therefore, the role of an export credit agency is very supportive of both commercial banks as well as local businesses.

Some detractors have talked about excessive risk-taking by ECAs. This claim is based on generalized risk evaluation.  Such assessments do not always take into account that ECAs have special risk management tools that are suited to the kind of risk they bear. For instance, NEXIM Bank makes the point of understanding specific risks of its clients. We follow our clients to the market to understand the peculiar variables that constitute risks to them. We then develop specific products to help address the risks. Regarding the U.S. Ex-Im, its track record is strong enough to denounce any accusation of excessive risk-taking. Since its founding, the Bank has witnessed episodes of serious financial crises in the domestic, emerging and global markets. Yet, the U.S. Ex-Im has been unscathed in any of them. Its recent non-performing loan is 0.2% of total portfolio.

The accusation of cronyism also derives from a misunderstanding of the role of an ECA. For instance, NEXIM Bank is designated as the Official Trade Policy Bank of the Federal Republic of Nigeria. This means the operations of the bank must necessarily be in alignment with the trade objectives of the government.

In this regard, NEXIM Bank has been pushing the programme of economic diversification in the non-oil sectors as enunciated under the Transformation Agenda of President Goodluck Jonathan. The programme entails the broadening of the export base in order to generate more foreign exchange for the country and create more local jobs. Local industries which are capable of scaling up to help deliver on this policy objectives are naturally supported by NEXIM Bank.

The allusion to giving loans to some beneficiary big U.S. companies to establish cronyism accusation is not well-founded.  Between 2007 and 2014, loans to SMEs accounted for 68% of the total portfolio of the U.S. Ex-Im. While a few organisations have dominated the list of beneficiary big firms, it is not without justification. Companies like Boeing and Caterpillar are manufacturers of expensive heavy duty equipment and machines. The equipment and machines are very much needed in the delivery of public works and infrastructure projects in Africa and in other developing regions that are witnessing an economic renaissance.

Accordingly, these firms are bound to generate big-ticket transactions which will require some of the financing tools at the disposal of the Ex-Im Bank to consummate. The same argument more or less holds for the involvement of General Electric which, in recent times, has shown interest in the investment opportunities of sub Saharan Africa’s infrastructure and electric power. The proactive investment of GE in the SSA power sector ensures it is a reliable vehicle and partner for the delivery of President Obama’s Power Africa Initiative.

To be fair, the U.S. Ex-Im Bank has discharged its mandate creditably. The institution has inspired establishment of similar export credit agencies around the world. The Bank seems to have entered a new phase whereby it would play a more active role in boosting trade between the U.S. and Africa in general, and U.S. and Nigeria in particular. NEXIM Bank is in a collaborative relationship with U.S. Ex-Im and several other ECAs with the aim of sharing knowledge and capacities.

This will require strengthening the U.S. institution after its charter has been renewed for long-term.