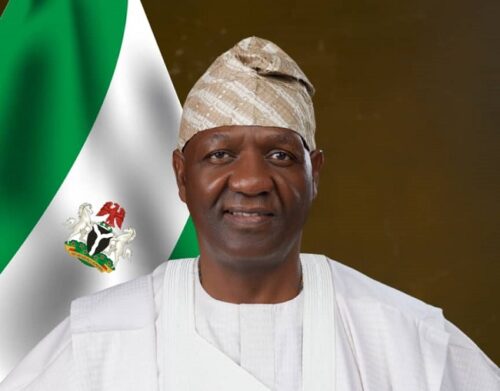 Over one hundred micro small and medium enterprises MSMEs are expected to participate in the 2022 MSMEs Fair to be held in Ipodo, Ikeja, Lagos State next Monday.

The Fair which is organised by the Small and Medium Enterprises Development Agency of Nigeria, SMEDAN is the second in the series and it is expected to last five days. The fair has as its theme, “Competing for Market.”

Described as one of the fastest growing MSME fairs in Lagos. This year’s MSMEs fair Ipodo would afford exhibitors the opportunity to showcase their wares as well as enjoy business advisory services from SMEDAN on how to upscale their businesses.

The Director-General of the Small and Medium Enterprises Development Agency of Nigeria, SMEDAN, Olawale Fasanya in a statement heralding the commencement of the MSMEs Fair in Ipodo said that MSME Fairs are veritable ground to promote Made in Nigeria products.

He said that fairs such as the MSMEs fair in Ipodo were designed to provide opportunities for exhibition of Made in Nigeria goods by MSMEs. The fair he also said offers MSMEs a real-life platform to hook up to not only market opportunities but also to network with relevant agencies in the MSME ecosystem.

Fasanya noted that the Agency has come to embrace the Ipodo fair because of the success recorded in the maiden edition. And we shall continue to support MSMEs as they are the backbones of any thriving economy.

The Agency according to the Director-General recently organized a successful opportunity fair in collaboration with the Edo State Government in Benin City adding next week we shall also be organising another opportunity fair in Jos; all these are targeted at encouraging our MSMEs and boosting Made in Nigeria goods.

Fasanya further said that the Agency would continue to step up sustainable programmes to boost the capacity of MSMEs in Nigeria. He said sustainable initiatives and organization of Trade fairs and Expos as well as sensitisation would boost patronage of Made in Nigeria goods.

“The Mass of the people are ignorant of the fact that quality and durable products are also produced by MSMEs in Nigeria” he said.

Fasanya added that the Fairs such as MSMEs Fair Ipodo would show that Nigeria MSMEs can produce good thing and this will make the people to have a rethink and improve on the patronage of locally made product.

The Director -General equally stated that the Agency was planning to host an opportunity fair for the people with disability in the near future.

NPA Reiterates Commitment to CSR in Visit to IDPs