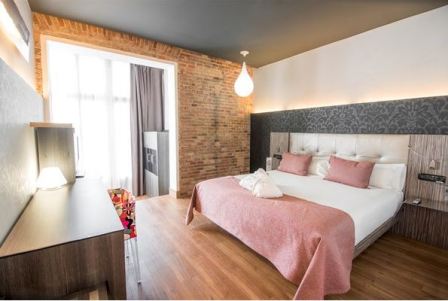 A Nigerian Royal has unveiled her ambitious plans for a hotel group covering 196 countries by 2026.

The aim is to develop a hotel in 196 countries by 2026. To launch the ambitious programme, Ugwunwa Ajike Hotels has announced its first eight hotels will open in August this year. The first hotels will be opened in Aberdeen UK, Kansas City, USA, Lagos, Nigeria, Rome, Italy, Barbados, Ireland, Saudi Arabia and Accra, Ghana.

The concept is to develop quality hotels in cities that are popular for tourists. By having a hotel in every country, wherever they are in the world guests will be able to stay in a Ugwunwa Ajike Hotel, and be confident of the consistent style, high quality and service that they will receive.

All the hotels in the group will have a 5 start rating and will feature a restaurant on-site. Other features of the hotels will include penthouses, casinos, bars, nightclubs, an in-house retail store selling Queen Catherine’s private designer collections, beauty spas, fitness areas,  prayer rooms, and amusement parks.

Ugwunwa Ajike Hotels is part of the Kate Ajike Corporation, which is registered and based in London. Queen Catherine Ajike herself is based in London and Abia State, Nigeria.

Queen Catherine Ajike said: “2018 is going to be the year that our vision starts to become a reality. Our site in Lagos Nigeria is being constructed and will open for business in August this year. Our other seven sites are existing hotels which we are in the process of purchasing and they will then go through a complete renovation to bring them up to the Ugwunwa Hotel five star standard.

“We have identified a further 20 countries where we will open Ugwunwa Ajike Hotels during 2019, and the ambitious development programme will continue until 2026, when we will have realised our dream of having hotels in 196 countries across the globe.

The Kate Ajike Corporation is financing the development of the initial set of hotels, but Queen Catherine Ajike is open to welcoming major investments of $3 million plus.  She continued: “We are on a very exciting journey. Our hotels will stand out in the marketplace due to the quality, location and facilities, such as our in-house retail store offering unique, high-end designer collections.”