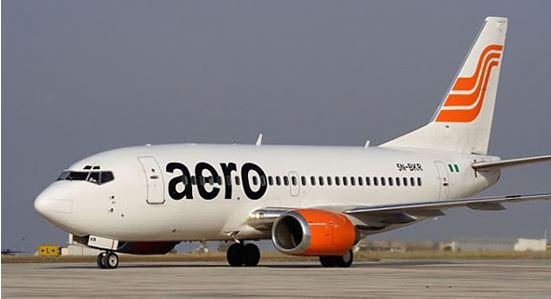 The International Air Transport Association (IATA) announced global passenger traffic data for April 2018 showing that demand (revenue passenger kilometers or RPKs) rose by 6.2% compared to April 2017, which was down from a 12-month high of 9.7% in March.

African airlines’ had a 5.1% traffic increase in April. Capacity rose 4.6%, and load factor edged up 0.4 percentage point to 72.8%. The upward demand trend remains strong, helped by continuing signs of improvement in the region’s largest economies: Nigeria and South Africa. This is only the fourth time in the past 41 months that both economies have been on an upward trajectory at the same time

Comparisons with the year ago period are impacted by developments a year ago – including the comparatively late timing of Easter in 2017, which boosted April traffic. April capacity (available seat kilometers or ASKs) increased by 5.9%, and load factor climbed 0.2 percentage point to 82.3%, which was a record for the month of April, surpassing last year’s record of 82.1%.

“Demand for air transport continues to be above the long-term trend. However, increases in airline cost inputs, most notably fuel prices, means that we are unlikely to see increased stimulation from lower fares in 2018, compared to previous years,” said Alexandre de Juniac, IATA’s Director General and CEO.

April international passenger demand rose 4.8% compared to April 2017. All regions recorded year-over-year traffic increases but all were behind the pace of growth reported in March. Total capacity climbed 4.9%, and load factor slipped 0.1 percentage point to 81.4%.

Asia Pacific carriers posted an 8.5% traffic rise in April, strongest among the regions. It was the first time since December 2017 that Asia-Pacific airlines led in growth. Passenger traffic has continued to trend upwards at an annualized rate in the region of 10%, supported by robust regional economic expansion and ongoing growth in the number of flight options, which translates into time savings for passengers. Capacity rose 7.6% and load factor improved 0.6 percentage point to 81.0%.

Middle East carriers saw demand rise 4.1% in April. Capacity climbed 3.2% and load factor rose 0.7 percentage point to 77.2%. The seasonally-adjusted upward trend in traffic has strengthened since the start of the year, aided by healthy growth on the key routes to/from Asia and Europe, as well as continuing signs of recovery on the market segment to/from North America. Annual comparisons are likely to become more favorable in coming months, owing to the disruptions caused by the proposed travel bans to the US and the since-lifted ban on large portable electronic devices in the year-ago period.

European airlines’ April traffic increased 3.4% compared to the year-ago period. While this was down compared to the 9.8% year-over-year growth recorded in March, demand picked up in April in seasonally-adjusted terms. Capacity rose 4.0%. While load factor dipped 0.5 percentage point to 84.6%, it still was highest among the regions.

North American airlines posted a 0.9% demand increase compared to April a year ago, which was sharply down compared to the 9.5% growth experienced in March. Comparisons to the year-ago period are distorted by the huge pick-up in traffic in April 2017. A bounce back is expected in May, supported by the relatively strong economic backdrop in the US. Capacity climbed 2.4%, and load factor fell 1.2 percentage points to 80.7%.

Latin American airlines experienced a 6.4% rise in April demand compared to the same month last year. Capacity rose 7.5% and load factor slipped 0.8 percentage point to 81.4%. While the year-over-year traffic increase in April was roughly half that of March, the bigger picture remains bright, with seasonally-adjusted traffic volumes having grown at double-digit annualized rates over the past six months.