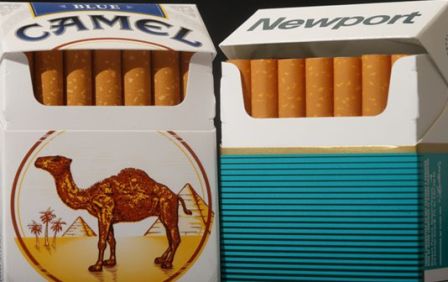 Two of the world’s biggest cigarette companies are being rolled into one.

The two cigarette giants hold some of the biggest selling brands on the planet, including Pall Mall, Camel and Newport. Bringing them together would create the world’s largest listed tobacco company by net sales and operating profit, according to BAT.

It already owns about 42% of Reynolds and launched a $47 billion bid in October to buy the remaining 58%. But it had to go higher to win the approval of Reynolds’ directors.

The new cash-and-stock offer of $59.64 per Reynolds share is about 26% above the price the stock closed at before the original offer in October. If shareholders and regulators approve the deal, the two companies expect it to go through in the third quarter of this year.

Their existing strong ties mean they already share some brands. For example, Reynolds has the rights to Pall Mall in the U.S., and BAT has them for more than 100 international markets.

The deal will also enable the two firms to pool their resources in the growing industry for next-generation tobacco products, like e-cigarettes.

Based in Winston-Salem, N.C., Reynolds made headlines last year for bringing in John Boehner, the heavy smoking former House speaker, as a director.

PenCom: Media Partnership is Key to Success of CPS Regime

Emmanuel Ibe Kachikwu: The Dawn of Transparent Reform in NNPC