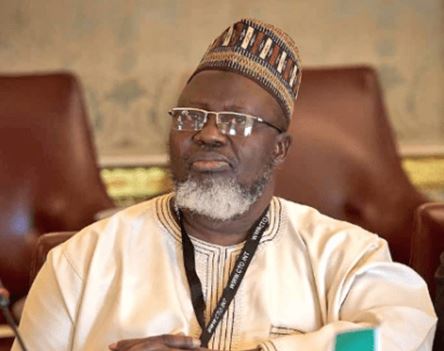 The former Minister of Communications, Dr. Abdur-Raheem Adebayo Shittu, has said that more hard work must be carefully done by all stakeholders in the ICT Sector for the implementation of the e-Government Master Plan, to fully harness its promised benefits.

Shittu said this recently during the official launching of the Nation’s e-Government Master Plan held at Trancorps Hilton, Abuja.

In his words, “while there have been some e-Government services implemented, I daresay, for Nigeria to fully harness the promised benefits, there is still a lot more work to be done both at the Federal level as well as by the various State Governments”, he said.

Earlier, he enumerated the benefits of the e-Government Master Plan being launched by the Federal Ministry of Communications to include cost savings, efficiency in service delivery, enhanced transparency and accountability.

Improved public administration, growth of the ICT sector, leading to employment opportunities, and improved economic development according to him are the benefits the nation stand to harvest from the newly launched e-Government Master Plan.

He reiterated that in recognition of the several benefits accruable from the adoption of the e-Government practices, the United Nation’s Department of Economic and Social Affairs in 2003 encouraged member nations to adopt e-Government Practice and as well strive to improve the quality and scope of its adoption.

Shittu explained that UN survey shows that there is a correlation between the National income of a country and the level of e-Government development. Consequently, he said the Federal Government believes that a holistic adoption and implementation of the e-Government Master Plan will inevitably result in an increase in the sector’s contribution to the national GDP.

The  ex-Minister noted that the Government is aware of the fact that such a huge project , as the holistic implementation of e-Government might encounter resistance  amongst some civil servants and have consequently prevented this probable hitch by putting in place a robust “ Capacity Building Programme”, in collaboration with the Korean International Cooperation Agency (KOICA).

He further said that in a bid to ensure effective implementation of the Master Plan, Several e-Government courses have been instituted, with over 1200 officials drawn from across the public service trained.  Dr. Shittu disclosed that an e-Government Training Centre situated at the Public Service Institute of Nigeria (PSIN) will facilitate continuous e-Government training and reorientation for all public servants.

He noted that the Federal Ministry of Communications adopted “think big” start small and scale fast” mindset, as a feasible plan to achieve instant success and keep a positive driving force both internally and externally.