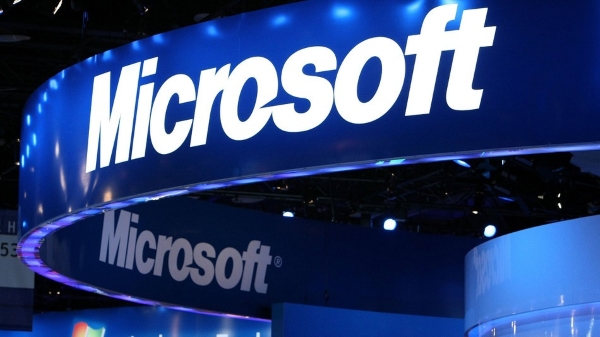 Leading ICT company, Microsoft has called on individuals and organisations to pay needed attention to ensuring cyber security in the face of global cyber threats. This call was made at a Cyber Security Summit organised by Microsoft in conjunction with Information Security Society of Africa Nigeria (ISAAN) in Lagos.

Dr. David Isiavwe, President of Information Security Society of Africa Nigeria (ISAAN) noted that October has been declared as cyber security month all over the world, to engage with consumers in order to raise cyber security awareness.

He hinted that cyber attackers are getting more sophisticated such that the number of days it takes to detect an attack has increased from about fifty-eight days three years ago to two hundred days.

He said: “There has been an increase in cyber-attacks over the last couple of years even as cyber attackers have devised new ways to successfully attack individuals and organisations. Statistics shows that Nigeria loses N128billion annually to cybercrime while about $500billion is lost globally.”

In his submission, ErdalOzkaya, Cyber Security Architect, Microsoft Middle East and Africa stated that cybercrime is no longer a hobby, it has grown into a big business and organizations cannot continue to leave their cyber-security to chance.

“Addressing today’s threats requires a new approach. If you look at how security threats have evolved over time, you will find some disturbing trends. Enterprises that are used to attacks from individuals and small groups that were out for mischief or personal notoriety have been replaced by well-funded criminal organizations seeking profit,” Ozkaya said.

Ozkaya further acknowledged that Microsoft continues to innovate to improve its security posture with different products and applications to service its customers better.

According to him, “in Windows 10, we have made significant architectural changes many of which address tactics used in the attacks that you have been reading about or have personally experienced. These changes are not just defensive measures that present steeper walls for attackers to climb; they are improvements that take critical tactics off the table, in some cases entirely. To achieve this goal, Windows 10 takes full advantage of state-of-the-art hardware technologies to help protect user identities, information, and devices against hacking and malware threats.”

The Director, Banking and Payments System, Central Bank of Nigeria, Mr DipoFatokun represented by Mr Musa Jimoh stated that Cybercrime has become the most discussed topic in homes, offices and nations because technology has increased the risk of criminal intrusion into systems and technology infrastructure in the financial sector since cyber-attacks are mostly done for financial gains.

He added that the war on cyber-attacks cannot be won alone. “Today, as we begin deliberations, it will be important for us to note yet again that the fight against Cybercrime cannot be won alone. We as an industry need to collaborate in ensuring that our Payments System continues to be strengthened against those whose occupation is to render it vulnerable to attacks. It will be our hope that discussions here today will provide new insights, strategies and partnerships that will further embolden our stand against Cybercrime.”

The event Panelists concluded that to successfully reduce cyber threats and its effect, It is imperative for organisations to deploy trusted technology, put right people in charge and develop relevant process.