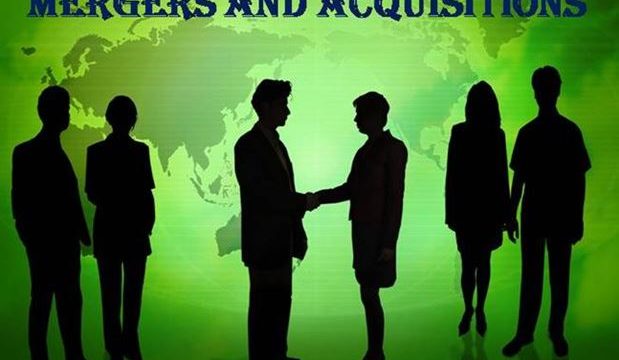 On a positive note, intraregional cross-border deals rose twofold in terms of aggregate value from USD 418 million in the first half of 2017 to USD 1,292 million in H1 2018.
Morne van der Merwe, Managing Partner and Head of the Corporate/M&A Practice at Baker McKenzie in Johannesburg explains: “Africa is a continent with 54 different countries, all with different economies and so it is difficult to pin down specifically what has caused the downturn in M&A activity in the first half of the year. Generally, inbound investment in Africa has been affected by political uncertainty and unpredictability – business does not mind challenge but has no affinity for uncertainty. Corruption and bad governance, as well as the strict anti-bribery and anti-corruption laws in some investor countries, such as the United States and the United Kingdom have made investors more cautious.”

Intra-regional Trade
“Despite the downturn in M&A transactions, it appears that regional economies are developing and intraregional trade is doing well. East Africa is developing a strong regional focus and had almost left the Southern African region behind, although this region has come back onto the radar of late,” van der Merwe notes.
Van der Merwe explains further that certain economies such as Ethiopia are becoming more of a discussion point as popular investor destinations in Africa because of interesting development initiatives taking place in this country.
The majority of the intraregional deals in Africa were in the High Technology Sector (cutting edge or advanced technology) which accounted for 21% of all deals. Interregional deal making value was highest in the financial sector which made up 82% of the total value. There were four High Technology intraregional deals in Africa in the first half of 2018. Intraregional deals in the financial sector in H1 2018 were worth USD 1,056 million.
Van der Merwe says that the financial services sector, especially banks and insurance companies have been deploying various models for their expansion into Africa, including regionally focused strategies.
“Lessons I have picked up from these markets include that having the right local partner remains key to being successful in Africa and that it is important it to think twice before you impose your brand on a market where you have recently made an acquisition. This is because you may change the recently acquired company from what had made it successful in the first place. Keeping the local brand and management in place has worked very well for some in the financial services sector who have expanded into Africa,” he notes.
Van der Merwe explains that events such as Barclays withdrawing from Africa had left many wondering how a financial giant like Absa would rethink its strategy and possible expansion into Africa, and it will be interesting to follow the unfolding of their strategy to position themselves as an African Bank.
“I think that expanding into the continent and having a regional approach as part of that expansion is something they are most likely thinking about very carefully,” he says
He notes that the growth in investment in both the financial services sector and the technology sector in Africa are interlinked. Financial services organisations are becoming more dependent on investment in technology and innovation as they look to upgrade their IT systems and find news way to grow their customer bases.

Inbound
In terms of inbound cross-border transactions with other regions, Industrials was the most popular by deal volume (16% share of the total) with 16 deals completed in the first half of the year. Energy & Power attracted the highest share of aggregate deal value (35% of the total value), with deals valued at USD 1,493 million.
“The industrials sector is a focus area for many developing economies across the continent and the sector is well established, leading to many more opportunities than one would find in less well established sectors,” he says.
Van der Merwe explains that the extent of the power deficit in Africa is well known and increasing electricity generation, whether on-grid or off-grid, across the continent is the focus of a number of initiatives, all of which are driving investment.
In terms of foreign investors, the United States (US) was the most acquisitive in Africa, representing 18% of deal volume and 39% of deal value. The US completed 18 deals in Africa in H1 2018, worth USD 1,694 million.
“The US has been a significant investor in the African continent for some time. Trump’s policies have played out well for certain countries in Africa and the relationship between the US and Africa is very much focused on strategic bilateral relationships influencing the direction of investment flow,” he notes.

Outbound
In terms of outbound deals, High Technology had the highest volume of outbound interregional cross-border deals (13% of total deals). There were eight outbound deals in the High Technology sector in the first half of the year. Real Estate accounted for the highest share in aggregate value at 27% of total value of outbound deals. This sector completed USD 430 million worth of deals in H1 2018.
“The high number of outbound technology deals from Africa is because African tech companies are targeting offshore investments in companies that will deepen their access to new technologies, markets and talent,” he says.

The real estate sector attains prominence because of relative value of real estate as an asset class.

“As economies develop, so does real the estate sector. For example, the expanding middle class and consumerism in Africa has led to a growth in the consumer goods sector and real estate development is part of that as new shopping centres are developed. Also, African infrastructure development is high on the agenda across the continent and there is a big real estate element associated with that as well,” he explains.

The UK had the highest number of investors from Africa during the period H1 2018 (20% share), with 12 deals being completed in the first half of the year. India was the most attractive market in terms of value (46% of total value). African dealmakers completed transactions worth USD 735 million in India in H1 2018.
“The ease of doing business with the UK brought about by various factors, including, time zones, easy access, language, historical ties and familiarity has meant that investment between the UK and numerous African countries has always been good. Brexit has impacted positively on investment in that it has caused UK trade outreach initiatives to various historic trade partners,” van der Merwe explains.
.“With regards to India being a popular investment destination for African businesses to invest, this is because like Africa, India is a developing economy. African investors are astute in seeking out opportunities in these economies because the environment and challenges are often similar, or at least comparable. This makes it easier to build a relationship with local partners, which is so necessary for successful investment. India is also a very large economy and so huge opportunities can be accessed for investors who know where to look. In addition, historical ties between India and many countries in Africa adds to the familiarity and relative ease of doing business,” he adds.