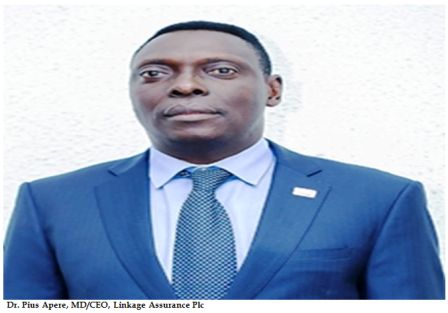 Nigerian Pensioners have high expectations on National Pension Commission (PENCOM) and/or Government to timely, efficiently and effectively implement all provisions of pension regulations. These expectations arise from the need to have sustainable standard of living in retirement.

Under the prevailing pension regulations in Nigeria, one of the ways to achieve the pensioners’ social welfare goal is the implementation of the guaranteed minimum pension (GMP) as provided in section 84(1) of the Pension Reform Act (PRA) 2014 as amended, which states that “all Retirement Savings Account (RSA) holders who have contributed to  licensed Pension Fund Administrators (PFAs) for a number of years to be specified by the Commission shall be entitled to a guaranteed minimum pension as may be specified from time to time by the Commission”.

The GMP is akin to an income support from the government and can be considered as a variant of social security policy that ensures redistribution of resources to its populace. In this case, it acts as a safety net for pensioners.

In practice, the GMP is a form of underpin applicable in a defined contribution (DC) scheme, such as the Contributory Pension Scheme (CPS) currently being operated in Nigeria, which has a main benefit that is defined contribution in nature, with a promise that the benefit will be at least a defined benefit (DB) amount (i.e. the GMP), usually a percentage of final salary at retirement date.

The importance the Government attached to the welfare of retirees has led to the provision of the GMP in the Act. It is however surprising that the PENCOM is yet to finalize the modalities, for the implementation of the GMP, more than ten years after the CPS was established in the country since 2014.

This paper highlights some of the implications of the failure of PENCOM to implement the GMP as provided for in the Act.

The Rationale for GMP Provision in PRA 2014

The traditional thinking has been that members in DC schemes bear all the risks and rewards and receive whatever outcomes are produced at retirement. These DC schemes may have the legal ability to adjust members’ liabilities including contribution rates automatically, as asset values move up or down,therefore limiting the need to immunize asset/liability movements. This is a scenario where no GMP is applicable.

On the other hand, a DCsystem such as CPS under PRA 2014that forces compulsory contribution rates (section 4(1) of PRA 2014) and entails significant tax concessions (section 10 of PRA 2014) should not, under reasonable circumstances, be left to require members to bear all risks over many decades of membership. Thus, the introduction of guaranteed minimum pension (GMP) in section 84(1) of PRA 2014 is quite appropriate with the aim to reduce the risk of volatility in standard of living in retirement facing the pensioners. Thus, the investment risk and cost of GMP are not only borne by RSA holders but also by PENCOM, Pension Operators and Government.

TheGMP is usually to protect the scheme members (RSA holders) against some of the risks of low investment returns, particularly in the event of exceptionally poor investment conditions, for instance, during the global economic crisis in 2008 and particularly the economic down turn currently being experienced in Nigeria.

Furthermore, a more generous GMP may also be applied on a temporary basis after a conversion of a scheme from a defined benefit form to a defined contribution form, and thus, the implementation of GMP would had been very appropriate immediately after the introduction of the Contributory Pension Schemes (CPS) in 2004.

PENCOM had been mandated to establish and maintain a fund to be known as the Pension Protection Fund (PPF) for the benefits of eligible pensioners approved or recognized under section 82(1) of PRA 2014.The Fund would be applied to fund the minimum pension guarantee and also pay compensation to eligible pensioners for shortfall or financial losses that could arise from investment activities, amongst others.

The PPF requires funding by the Government, PENCOM and Pension Operators.Section 82(2) of the PRA 2014 states that the” PPF shall consist of:

Indeed, the funding of GMP is the responsibility of the government in other jurisdictions (such as in the UK and Chile, just to mention a few) to ensure that pensioners will not have less than a certain amount to live on. In Chile the cost of funding the GMP is expressed in terms of the nation’s Gross Domestic Product (GDP). This metric is more appropriate than that specified in (a) above, since private sector employees in CPS who retiree may also qualify for GMP. There is no indication that the Federal Government has started contributing the required 1% of its employees wage bill since the Government is still struggling to fund the accrued pension liabilities of existing pensioners under the old DB pension regime.

The Current Annual Pension Protection Levy (APPL) is 3% of management fee earned by operators, as determined by PENCOM in October 2016. The current levy is not likely to be adequate to fund the GMP for private sector retirees.

The income from investing PPF is likely to be small as fixed income securities may constitute a greater proportion of its investments relative to investing in equities.

As employees of organizations with less than three employees as well as self-employees shall be entitled to join the CPS (section 2(3) of PRA 2014), the number of future retirees qualifying for GMP is likely to increase exponentially over time. Thus, there will be a corresponding increase in future GMP liability which is also likely to put a strain on PPF, having considered the funding methodology as stated in the Act in the light of present economic situation in Nigeria.The number of retirees qualifying for GMP will be reduced if many employees are encouraged to make annual voluntary contribution (AVC) and this will in turn reduce the strain on PPF.

Thus, the adequacy of the PPF will be tested if the GMP is fully implemented to take effect retrospectively, thereby allowing all those who have retired since the contributory pension scheme was established in 2004 to qualify for the GMP provided the level of pension in payment is below the GMP to be set by PENCOM.

The Implications for Non Implementation of GMP

The effects of non-implementation of the GMP on the welfare of pensioners are summarized thus:

If the proposition is allowed and passed, it implies that more pensioners will qualify for the GMP with the resultant additional strain on the PPF. Also, there is high tendency for the remaining 25% of RSA balance to provide a relatively meagre pension benefits. Thus, this would further deteriorate the future welfare or standard of living of pensioners, leading to more deaths in retirement than expected.

However, the 25% lump sum payout of the RSA balance is, in practice, the ideal payout proportion not only in a DB scheme but also in a DC scheme. Hence, the proposition of 75% lump sum payout will more or less make the CPSa gratuity scheme rather than a pension scheme.

There is no better time than now to implement the GMP as the current pensioners are in dare need to have a sustainable standard of living in retirement in this period of serious economic hardship facing the country.