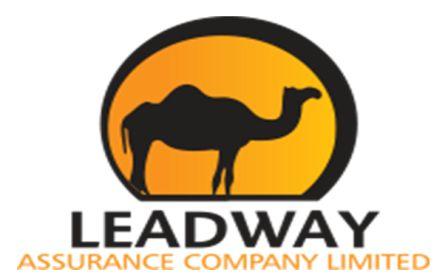 Leadway Assurance has reiterated its commitment to providing insurance protection to practicing lawyers who are members of the Nigerian Bar Association (NBA). Leadway asserted this in its partnership with the NBA for the week long 2017 Nigerian Bar Association General Conference which held from August 18th to 24th, 2017 at the Landmark Centre, Lagos.

The conference themed, “African Business: Penetrating through Institution Building” drew participants cutting across different sectors and industries around the world.

As part of this partnership, Leadway Assurance deployed its state of the art, first-of-its-kind Insurance Mobile Office to engage the thousands of lawyers who attended the conference on its tailored-for-lawyers insurance plan known as the Leadway Lawyer Affinity Cover.

The plan, which is for all active NBA members, comes at no extra cost to the lawyers as it is covered under the annual bar practice fee paid to the NBA. The Leadway Lawyer Affinity plan provides insurance cover of up to N1,000,000 (One Million Naira only) covers accidental permanent total disability, critical illness, accidental medical and accidental death expenses for the ‘learned’ professionals.

“We believe that by providing insurance to the members of the Nigerian Bar Association, we are intrinsically providing the biggest support to the economy, governance and government of the country. Insurance helps safeguard the profession and the professionals alike.”

It would be recalled that the NBA, the largest body of lawyers in Africa with over 100,000 registered members, entered into a strategic partnership with Leadway Assurance Company Limited in 2014 to provide a feasible group life insurance policy for all lawyers who pay their Annual Bar Practice Fees when due.

The insurance policy is designed to cover all the NBA lawyers in the following areas; Death or Accidental Permanent Total Accidental Disability; Accidental death; Critical illness and Accidental Medical Expenses.

To further deepen discourse at the conference, Leadway Assurance also hosted a Forum Session which held on Wednesday, August 23, 2017.

Leadway Assurance is one of Nigeria’s foremost insurance service companies with a reputation for service efficiency and customer reliability. The organisation is committed to bridging the financial protection gap and increasing the rate of insurance penetration in Nigeria.