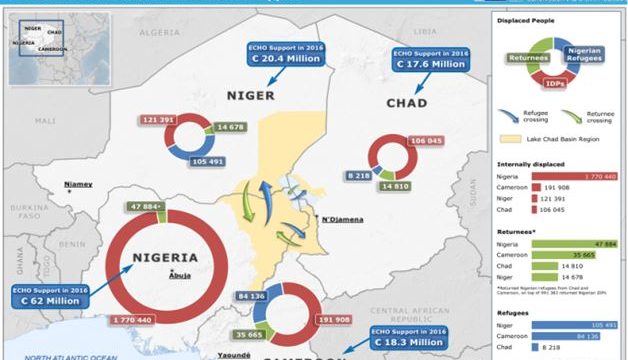 The almost decade long Boko Haram insurgency has had a devastating impact on communities in countries within the Lake Chad Basin.

On the recommendation of the First Conference on Regional Stabilization Strategy for the areas affected by Boko Haram insurgency that held in November 2017 in N’Djamena, Chad, a Regional Stabilisation, Resilience and Recovery strategy has been developed.

The strategy reflects the different levels of engagement, from community to regional that will be critical in efforts aimed at pursuing the goal of stabilising the region that has witnessed a crisis of global magnitude.

The Lake Chad Basin Commission (LCBC) and the African (AU), supported by UNDP through funding support from the Government of Germany, will host a Ministerial conference which will lead to the adoption of the Regional Stabilisation Strategy.

The Minister’s Conference will be attended by up to 10 ministers, who are the 1st and 2nd Commissioners of LCBC member states from Members States. They will be joined by:

Once adopted the document will be the framework for implementing initiatives for stabilising Boko Haram affected Communities in the Lake Chad Basin.