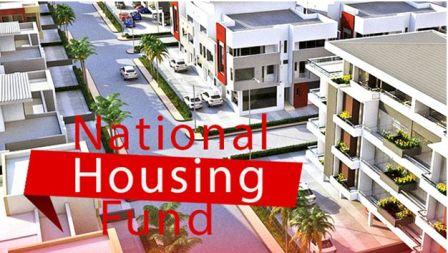 The Nigerian banking sector has grown tremendously over the past few years, both in volume of activity and sophistication.

The commercial banking sector assets, according to the Central Bank of Nigeria, experienced growth of 13 percent between 2013 and 2014. There has also been on-going acquisition of banks within the sector, contributing to continued consolidation and the increase in competition among players.

In its stability report for 2015, the Central Bank noted an increase in the number of Other Financial Institutions, from 3 734 in June 2015 to 3 905 end December 2015. Included in this, is one Mortgage Refinance Company (the Nigeria Mortgage Refinance Company or NMRC), six development finance institutions, 35 primary mortgage banks, 66 finance companies, 19 registered banks which also offer mortgages, and 958 microfinance banks. However, provisional total assets of this sub-sector, as at end December 2015, decreased by 2.52 percent to N1 841.64 billion (US$ 5.9 billion). And, total loans and advances decreased by 9.31 percent to N1 078.81 billion (US$ 3.4 billion).

Much of the decline can be attributed to a primary mortgage bank which converted to a commercial bank, and the licences of some microfinance banks and finance companies being revoked. The total assets of primary mortgage banks decreased by 6.78 percent to N389.73 billion (US$ 1.24 billion).

In 2012, 39.2 million adult Nigerians were financially excluded, of which 54.4 percent were women, 73.8 percent less than 45 years old, and 34 percent had no formal education, while 80.4 percent lived in rural areas. In the same period, the Central Bank of Nigeria (CBN) reported that Nigeria had 21 banks where individuals could deposit money, with 6 000 branches and about 10 000 ATMS.

And, in 2011 it was reported that Microfinance Banks collectively had 3.2 million clients, 65 percent of which using savings products, 14 percent used credit products and four percent used ATM cards.

In its 2012 Financial Inclusion Strategy, the CBN reported that it aims to decrease the number of Nigerians that are excluded from financial services to 20 percent of the population by 2020, and the number of those included in the formal sector to 70 percent, also by 2020.

According to Global Findex (2014), between 2011 and 2014, access to finance grew from 30 percent to 44 percent. The increase has been driven by growth in payments; however there has been a significant lag in the impact on access to bank loans – two percent in 2011 to five percent in 2014.

Mortgage finance is still a small percentage of Nigeria’s GDP, at approximately 0.58 percent.