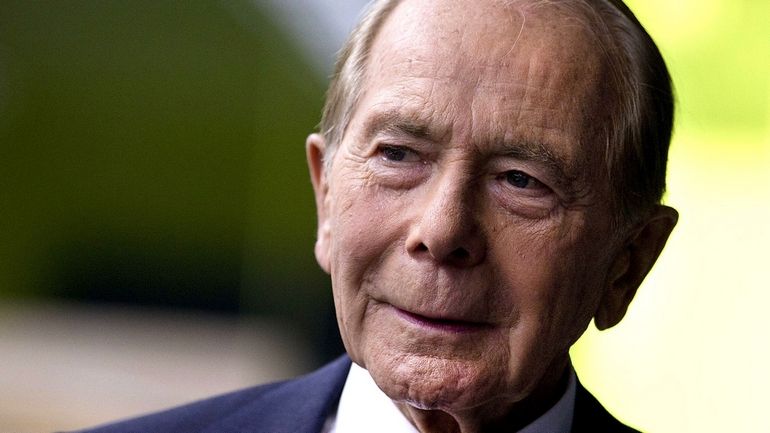 Greenberg, 91, stepped down as CEO of AIG in March 2005 after building it into the world’s largest insurer over four decades.

Shortly thereafter, company officials said one of its transactions was improper, restated its earnings by $3.4 billion and paid $1.6 billion to settle claims by regulators.

Greenberg and former AIG Chief Financial Officer, Howard Smith were sued the next month by then Attorney General, Eliot Spitzer under the State’s Martin Act, an almost century-old law that gives prosecutors the power to probe investment frauds, Ponzi schemes and other forms of white-collar crime.

Spitzer alleged Greenberg and Smith were responsible for transactions to hide a decline in the company’s loss reserves and mischaracterise underwriting losses.

Since then, Greenberg has faced off against three successive attorneys general in the case, which was set to go to trial in June 2015 before an appeals court in Manhattan sent it to the state’s high court in Albany for review.

Greenberg said in a statement that Thursday’s decision fails to address his main argument on appeal—that the relief sought by the Attorney General is barred by settlements with AIG and the Securities and Exchange Commission.

Considering Options
Greenberg “is considering his options in light of this decision, which he believes flies in the face of both the court’s own precedent and federal law.”

In a statement, Attorney General, Eric Schneiderman said he was “very pleased the people of New York will finally have a chance to obtain justice at trial.”

“We look forward to demonstrating that Greenberg and his associates orchestrated two major frauds that caused massive losses to AIG’s shareholders,” he said.

Greenberg had argued that the Martin Act and another state law didn’t allow the attorney general to seek to bar him or Smith from the securities industry, ban them from serving as officers or directors of public companies, and ask for repayment of wrongfully obtained profits.

The court in Albany disagreed, saying the relevant laws allow the attorney general to seek a range of remedies including repayment.

“The Martin Act contains a broad, residual-relief clause, providing courts with the authority, in any action brought under the act, to ‘grant such other and further relief as may be proper,’” the Court of Appeals said.

Powerful Allies
State prosecutors dropped their demand for monetary damages after AIG shareholders settled claims against the company for $115 million.

But they continued seeking to force Greenberg and Smith to disgorge any performance-based bonuses that may be related to the transactions and to have the two men barred from the securities industry and from serving as corporate directors.

Greenberg has been supported by high-powered allies in his fight against the attorney general, including former New York governors George Pataki and the late Mario Cuomo.

The case stems from two reinsurance transactions: a deal with Berkshire Hathaway Inc.’s General Reinsurance Corp. used to reverse a decline in loss reserves at AIG and an agreement with CAPCO Reinsurance Co.

Four former Gen Re executives and one from AIG were convicted of accounting fraud charges in 2008 but won reversals in 2011. Federal prosecutors agreed to drop charges in 2012 under deferred-prosecution agreements after the former executives admitted “aspects” of the Gen Re deal were fraudulent.

Meanwhile, Greenberg sued the U.S. government over the 2008 bailout of AIG, claiming the company’s equity was wrongfully taken.

His Starr International Co. is currently appealing a Federal Court ruling from last year that found the bailout was illegal but didn’t award any of the $40 billion in damages that Greenberg sought. The court said he wasn’t entitled to compensation because AIG likely would have filed for bankruptcy if not for the rescue.