Economic Diversification, Non-oil Export Growth Back on the Front Burner 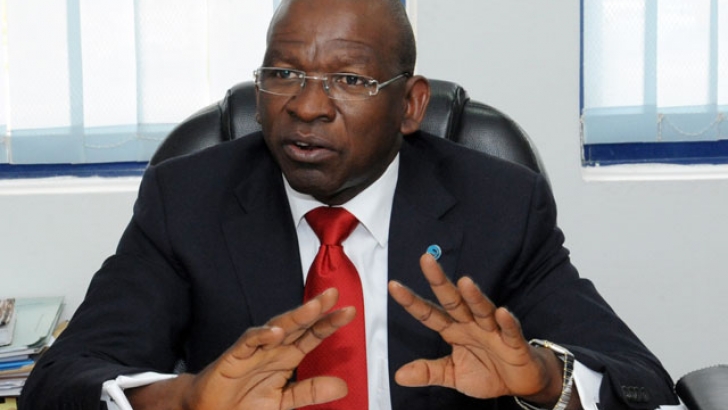 A peaceful outcome of the 2015 presidential election was the desire of the generality of Nigerians and the international community. Thankfully, we got it; and more. President Goodluck Jonathan converted his loss of the election to something remarkably positive for the country and for his legacy. His concession of defeat and early call to congratulate General Muhammadu Buhari, who emerged as President-elect, is surely an indelible mark in our strides to entrenching a democratic culture in Nigeria.
It also serves as a needed point of reference for Africa, where a number of elections are lined up for this year.

Structural Transformation
The latest general election cycle coincided with a period of serious slump in the price of crude oil at the international market. From trading at well over $100 per barrel a year ago, the Nigerian grade Brent Crude now trades below $60 a barrel.

This has translated to revenue shock for the government. The slump in the price of oil has also repressed foreign reserves. In line with its responsibility for financial stability, the Central Bank of Nigeria (CBN) has had to regularly draw down on the reserves to defend the local currency.

It is therefore evident that, while we deservedly celebrate the peaceful outcome of the election, we are confronted with the harsh economic realities imposed by lower oil prices.

However, this immediate challenge advises on the path for long-term economic management. One area of policy consensus in the management of the Nigerian economy is the need to deepen economic diversification and accelerate on nonoil export growth. While we can no longer correctly describe the Nigerian economy as “monolithic” because the data from the rebased Gross Domestic Product (GDP) last year shows it is not, further gains in diversifying the economy is required; and widening the Nigerian export market beyond oil is crucial.

Since Nigeria returned to civil rule in 1999, this prognosis has informed the thrust of economic policy. For instance, areas where the government had previously invested exclusively, like telecommunication was opened up for private investment in 2001.

President Jonathan has now removed the policy bottlenecks to private investment in the power and agriculture sectors.With the policy path already charted, what is now needed is more depth and width in sectoral impacts.

The Nigerian Export – Import Bank (NEXIM Bank), in playing its role as the official Trade Policy Bank of the Federal Government, holds out the Manufacturing, Agro-processing, Solid Minerals and Services (which we encapsulate by our MASS Agenda) as the sectors that will help the country make a lot of progress on the twin-objectives of economic diversification and non-oil export growth.

With the imminent government transition, it is fitting to discuss how these sectors can help the agenda for structural transformation of the economy and widening the base of external trade. This I start in earnest with the manufacturing sector.

Even with recent advances in manufacturing in a few African countries including Nigeria, the contribution of manufacturing to total domestic production on the average has yet to match the pre-1990 peak.

Nigeria’s manufacturing sector expanded to 6.8 percent of GDP in 2013, according to the revised data which Nigerian Bureau of Statistics (NBS) released following the latest rebasing of the GDP. As Africa’s manufacturing sector was declining, industrial production in China and other emerging Asian economies was accelerating. Asia’s export-led industrialisation model basically stifled Africa’s domestic manufacturing as cheaper imports from China flooded the local markets and replaced locally manufactured products in Africa.

The Nigerian textile industry virtually disappeared for this reason. As the substitution and replacement of Africa’s manufactured products with Chinese imports was intensifying, Africa’s commodity trade was expanding. This combination foisted the structural rigidity that has become the key feature of African economies.

In effect, a pattern of trade emerged in which Africa began to trade its primary goods mainly outside the continent while also sourcing its consumer goods from outside. This is in contradiction to the scenario in the 1970s when Nigeria produced a number of items including pharmaceutical drugs, cosmetic products, building materials, textiles, home tools and plastics for domestic consumption.

A lot of the products were also exported to other West African countries. The anticipation of progression into processing of several agricultural produce including groundnut, cocoa and cotton became the basis for brighter prospects of the Nigerian manufacturing sector. Unfortunately, this was not realised.

Domestic Policy Support
As inward trade affected the performance of Africa’s manufacturing sector after 1990, so will the return of manufacturing reshape how African countries will trade, going forward. The essential feature of that change would be increased intra-Africa trade. But the outset of this would be domestic import substitution.

In Nigeria, manufacturers would have to be supported by the government more deliberately to serve the domestic market and also export. According to UNCTAD, the Import Substitution Industrialisation (ISI) model that grew the share of manufacturing to African GDP in the 1970s could not be sustained because most of the domestic firms failed to be globally competitive even as they also required high foreign exchange to import intermediate inputs and capital goods.

These pitfalls can be avoided by increasing productivity of domestic firms and opening up of trade channels among African countries. But it is my view that government cannot provide too much of the support for increasing the productivity and hence competitiveness of the Nigerian manufacturing sector.

In the period of our manufacturing hiatus, a lot of advancement has occurred in industrial production in the international environment. This poses uphill tasks for a beginner in the local environment today. Few of these challenges, among others are:

• One-low-quality manufactures are giving way to high quality products in line with unification of consumer tastes.
• Two, global manufacturers have amassed a lot of capital which continues to provide them the advantages of scale and price.
• And, three, capital and innovation have become sesame twins; the combination is a challenge to nascent manufacturers.

One can exemplify the likelihood of convergence of these risks in a single manufacturing operation. A few years ago, we celebrated the birth of a locally manufactured computer brand by one of Nigeria’s most dynamic entrepreneurs.

But today, rapid changes in the global ICT industry and a fast rate of adoption of new innovative variants of computer devices may have seen to the quick decline of the Nigerian brand. In this scenario, the option we have is for government to invest more in science and technology education and also provide support for the private sector in investing in R&D. Going by the market experience of the little-elaborated case study, it becomes quite clear that government patronage of indigenous manufactured brands, important as it is, is not going to be enough to support locally manufactured products. Except the process of innovation is supported, all the other measures will prove inadequate.

In terms of financing commercial operations, Nigerian manufacturers have often complained about their inability to access funding for their businesses. Very often, this is expressed with regard to financing restriction posed by high costs of credit offered by commercial banks. Implicit in this, however, is the absence of some varieties in available funding sources and the lack of scale in the existing ones.

While a number of the options like private equity, venture capital and equity and debt capital are in the sphere of the private sector (local or international), the government can provide additional options through state-promoted development finance institutions.

With specific regard to manufacturing for export, NEXIM Bank functions by Statute as one of the globally recognised Export Credit Agencies (ECAs) like US Exim. The difference would be scale of interventions. It is in this regard that current efforts to supply scale to the local development finance space is in the right direction and should be sustained.

ECAs are important because when they help local manufacturers to identify and/or access markets abroad, they strengthen domestic production; thereby preserving and growing localjobs. Export market exposure to local manufacturers can accelerate adoption of quality improvement and best practices that are critical to business success and continuity.

It is facing reality to assert that government cannot single-handedly plug the financing gap and provide all the other forms of assistance that are needed to expand the manufacturing base. However, to attract commercial and development assistance from other quarters, government has an important role in providing a stable macro-economic environment.

The good news is that, again, this has been one other important target of government economic policies in Nigeria well over the last decade. In the most, Nigeria has provided the needed macro-economic stability; and inflation has been in single digit.

Except on two major occasions that external volatility in the price of oil had induced threats of financial instability (during the 2008 – 2009 global financial crisis and the current episode in which over-supply and slow demand growth has crashed the price of oil), the country has been a stable financial market. The basis of future macro-economic stability of Nigeria is well-founded in the progress we have made overtime and the positive market performances it has engendered.

NEXIM Bank and Trade
Infrastructure Since NEXIM Bank holds out the manufacturing sector as the key lever of improved Nigerian trade in non-oil merchandise, we have looked at how to help address non-tariff bottlenecks in West and Central African sub-regions.

NEXIM Bank is currently facilitating the setting-up of a shipping line that will provide direct maritime links with countries of the two sub-regions that have been Nigeria’s traditional trading partners. Our innovative intervention in this area entails helping to organise private sector investors and operators in West and Central Africa, in collaboration with Federation of West African Chambers of Commerce and Industry (FEWACCI), Transimex S.A. of Cameroun and other institutional stakeholdersto pool resources to solve a common challenge in expanding intra/ inter-regional trade. The soon-tobe-launched shipping company will provide direct maritime links to countries in the sub-regions which will drastically reduce freight and other logistical costs to shipping within the sub regions.

Conclusion
The benefit of sustainable job creation through investment in and support of the Nigerian manufacturing sector is immense. What might pose the biggest challenge is market access. But Nigeria has the numbers. With an estimated population of more than 170 million largely youthful population, there is a good basis for investment in manufacturing in Nigeria. It is not coincidental that Africa’s richest man, Nigeria’s Aliko Dangote, operates a manufacturing group.

His phenomenal success serves as a validation of how the domestic consumer market can serve as the springboard for access to the wider African and global markets.

5 Things That Could Impact the Nigerian Economy in 2022