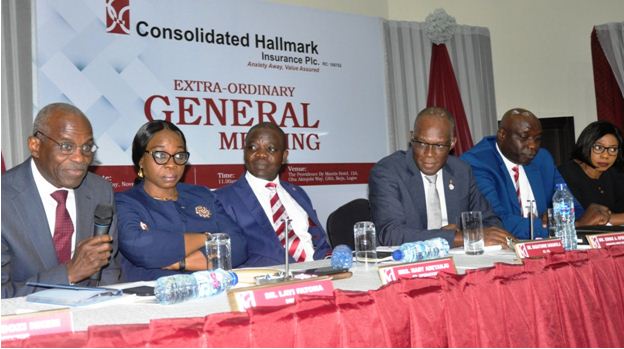 The capital raise was one of the resolutions approved by shareholders of the company at the Extra-Ordinary General Meeting (EGM) of the underwriter in Lagos.

The shareholders also sanctioned the company to raise additional capital of over N5.5 billion towards the new capital base prescribed for operators in the insurance industry by the National Insurance Commission (NAICOM) as follows:

At the EGM, the members also mandated the Directors to commence discussion on possible Mergers & Acquisition (M&A) as the Directors deem fit subject to obtaining the approval of the shareholders and relevant regulatory authorities.

Consolidated Hallmark Insurance Plc is one of the strong underwriters expected to emerge in the insurance industry after the recapitalisation exercise in June 2020.