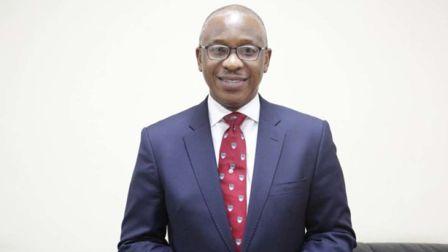 Ondo State Governor, Arakunrin Oluwarotimi Akeredolu, has commended the Bureau of Public Enterprises (BPE) for its reform and privatisation transactions in the country, especially in the telecom sector which has deepened and transformed the Nigerian economy.

Speaking when he received the Director General of the BPE, Mr. Alex A. Okoh, in his office in Akure, Ondo State recently to discuss the divestment of the Federal Government’s equity in the Nigerian-Romanian Wood Industry (NIROWI), the Governor urged Nigerians to appreciate the Bureau for “its far reaching reforms achievements also in the pension and ports sectors”.

He commended the Director General for the proposal to divest the Federal Government’s interest in NIROWI to the Ondo State Government, stressing that he was particularly happy that the DG’s visit would dispel the wrong impression by people of the state that “NIROWI belongs to the state government which has abandoned it.”

He added that “it is now clear that the state is a minority shareholder of a moribund, to be charitable, but actually, a dead company.”

Akeredolu said the state would apply to the Federal Executive Council (FEC) to donate the Federal Government’s 30.10% equity in the company to the state, noting that “a 49 hectare company is not what any government will toy with, if not for nothing, at least for the strategic value and location of the land”.

According to him, the company could be revived, rehabilitated and used for another manufacturing company or converted to an industrial/skill acquisition park in Ondo town. He appealed to the Bureau to advise the State Government of other interests in the company which the state was ready to accommodate and work with.

Earlier, the Director-General of the BPE, Mr. Alex A. Okoh, had said the meeting was a follow-up to the approval by the National Council on Privatisation (NCP) to divest the Federal Government’s 30.10% in NIROWI to the Ondo State Government.

Giving the history of the company, the DG said it was incorporated in 1974, began production of wood, furniture and plywood in 1979 and shut down in 1997 due to mismanagement, inadequate working capital and frequent breakdown of plant and equipment.

Okoh noted that transferring the company to the Ondo State Government would stop the deterioration of the asset coupled with the unhelpful disposition of the private shareholder which has delayed the privatisation of the company.

He advised the Ondo State Government to consider the divestment proposal which is in the spirit of the cooperation between the Federal and State Governments with a view to putting moribund or abandoned enterprises to better use for the benefit of Nigerians.