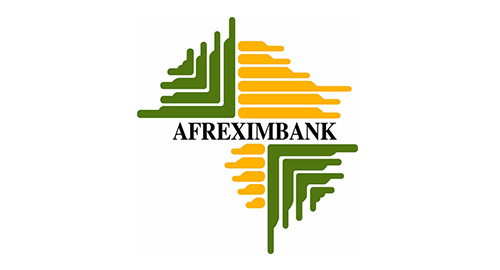 The African Export-Import Bank (Afreximbank), a multilateral financial institution established by African governments/institutional investors and International Islamic Trade Finance Corporation (ITFC) have signed a US$100-million agreement and a EUR 50-million Murabaha to facilitate and finance exports amongst African countries, between Africa and the rest of the world.

The agreements were signed by Eng. Hani Salem Sonbol, the CEO of ITFC, and Mr. Amr Kamel, Executive Vice President, Business Development & Corporate Banking of Afreximbank, in a ceremony held during the Afro-Arab Trade Finance Forum, which was organized by the Arab Bank for Economic Development in Africa (BADEA) on 21 December 2017 in Dubai under the Arab Africa Trade Bridges Program.

The facilities are intended to be used to support procurement from suppliers from the member and non-member countries, including local purchase, to promote trade across Africa.

On this occasion, Eng. Hani Salem Sonbol, CEO ITFC, stated: “This partnership comes as part of ITFC’s commitment to support the development of the African member countries’ exports as an important lever toward the sustainable growth, job creation and poverty reduction.”

He pointed out that this partnership will be utilized to finance African OIC member countries under the “Arab-Africa Trade Bridges” Program, a regional trade promotion program that aims at addressing some of the challenges faced in promoting trade between the two regions and supporting South-South cooperation.

Eng. Hani Salem Sonbol, CEO ITFC delivered a keynote speech at the opening session of the Forum, that focused on identifying the prospects and opportunities between the Arab countries and Africa, and the best ways to tackle the challenges that hinder the development of the trade flows in these countries.

Mr. Amr Kamel, Executive Vice President at Afreximbank, in his speech at the ceremony, stated that Afreximbank saw the Murabaha partnership agreement as a stepping stone towards greater collaboration in pursuit of the Bank’s shared vision with ITFC. He said that “ITFC has demonstrated that it stands shoulder to shoulder with the African Export-Import Bank as they collaborate to develop the African Continent and promote inter-African trade.”

“I see great prospect for the unfolding Afreximbank-ITFC partnership,” Mr. Kamel added, “but I am mindful that realizing the tremendous opportunities will require determination and hard work. We are committed to invest our resources in that direction.”

The ceremony was attended and witnessed by other participants in the Afro-Arab Trade Finance Forum.