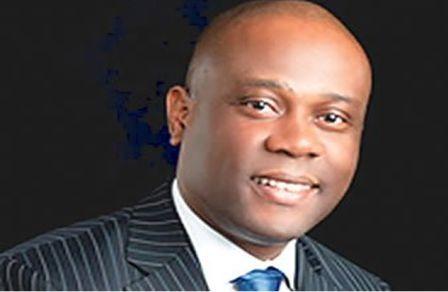 Access Bank Plc has announced an impressive profit of N72 billion for the nine months ended 30 September 2016 based on enhanced business efficiency as a result of the effective execution of its long-term strategy.

Access Bank Group’s unaudited nine-month results released to the Nigerian Stock Exchange (NSE) on Friday also showed Gross Earnings of N274.5 billion, up 7% from N257.6 billion in the corresponding period of 2015. The growth in gross earnings was driven by 17% increase in interest income on the back of continued growth in the Bank’s core business.

Commenting on the result, Group Managing Director/CEO, Herbert Wigwe said: “Access Bank’s performance in the first three quarters of this year remained strong and consistent, reflecting a stable business with the capacity to deliver sustainable returns, particularly during a period underlined by significant macro headwinds.” According to him, the Group maintained stable asset quality, recording NPL and Cost of Risk Ratios (CRR) of 2.1% and 0.9%, respectively.

“Our capital and liquidity position remained adequately above regulatory levels, as we continued to implement a disciplined capital plan, ensuring sufficient levels of profit retention to support our growth. In addition to capital enhancement, the recently concluded $300 million senior unsecured debt issue allows us optimise and enhance our foreign currency funding capacity whilst strengthening our balance sheet,” Wigwe added.

The Bank’s asset quality ratios also improved as the percentage of Non-Performing Loans (NPL) to total gross loans stood at 2.1% compared to 1.7% in December 2015. The NPL Coverage Ratio remained strong at 209.5% in the period, compared with 216.4% as at December 2015.

Further analysis of the result indicated that Cost to Income Ratio (CIR) improved 190bps y/y to 57.7 % in the nine months of 2016 on the back of strong income growth during the period. Total Assets stood at N3.39 trillion, up 31% compared to N2.59 trillion in December 2015.

“We remain committed to our cost containment plan, as we strive to balance operational efficiency with earnings growth in a constrained environment. The Bank will remain resilient in the achievement of its strategic imperatives; maximizing our strong market position and solid capital base, while leveraging digital innovation to improve service touch points as we sharpen our retail play with emphasis on cheaper funding sources,” Wigwe noted.

Access Bank is now one of the top 3 banks in Nigeria and ranked among the top 500 global banks according to a 2015 report by The Banker magazine.

The Bank currently serves over 7 million individual and corporate account holders, through 370 branches and with more than 1,500 ATMs in major centres across Nigeria, Sub-Saharan Africa, the Middle East, the UK and Representative offices in Asia.