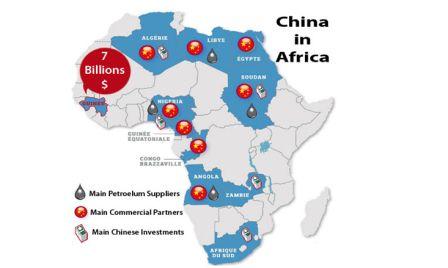 In Africa, a good part of the population believes China’s influence on the continent is positive, consortium of survey institutes Afrobaromètre said in a study released on October 28, 2016.

According to the study, 63% of the population surveyed – 50,000 people from 36 African countries – thinks China’s political and economic influence on the continent is positive. Only 15% of those questioned believe the opposite.

Countries that share the first belief most include Mali, Niger and Liberia with respectively 92%, 84% and 81% of the surveyed on that side.

In opposition, in Egypt, Ghana, Lesotho, Madagascar, Morocco and Zimbabwe, less than 50% of population surveyed has a positive opinion of China’s influence.

China is behind the USA in the rankings of nations with the best national development models. Yet, it is significantly ahead of former colonial powers. 24% of the surveyed in fact affirm that China has the best development model while 30% prefer US’ model.

The development model of former colonial powers comes third in the rankings picked by 13% of the surveyed ahead of South Africa’s (11%).

The majority of the population surveyed (56%) said development aid from China meets the needs of their countries.

The main factors explaining why China is so well seen by Africans are its investments in infrastructure projects (32% of the surveyed believe) across the continent and the low cost of its products (23%).

As for factors contributing to China’s influence on Africa being perceived negatively there is the poor quality of its products (35%), the fact that Chinese companies hire few locals (14%), the country’s huge appetite for Africa’s resources (10%) and Chinese investors grabbing lands from Africans (7%).