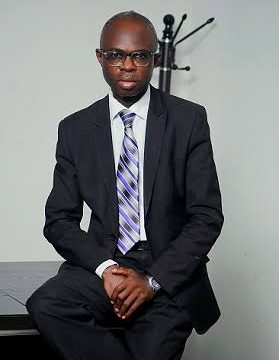 Universal Insurance Plc has unveiled an array of innovative products to drive market share and deepen insurance penetration in the country.
The Third Party Fire and Theft Insurance Cover offers the middle-ground level of protection as it would give the policyholders a better level of cover than third-party only, but you wouldn’t be as well protected as if you’d taken out a comprehensive policy.
This insurance covers; Third Party Property Damage, Third Party Death and Bodily Injury, Third-party medical treatment costs, Theft or attempted theft of the insured vehicle and Fire damage to the insured vehicle.
The Third Party Motor Insurance also provides benefits in the event of; Death or bodily injury to a third party arising out of the use of the insured car and damage to property other than property belonging to the insured.
On the other hand, its Burglary and Housebreaking Insurance Policy is designed to provide compensation against loss of or damage to one’s property as a result of burglary or any attempt threat. The cover also includes damage to building(s) for which the insured is responsible resulting from the theft.
Moreover, its Business Interruption Insurance is a form of insurance coverage that replaces business income lost as a result of an event that interrupts the operations of the business, such as fire or a natural disaster, among others. Business interruption insurance is not sold as a separate policy, but is either added to a property/casualty policy or included in a comprehensive package policy.
Speaking on this development, the managing director of the insurance firm, Mr. Ben Ujoatuonu, noted that the company is presently meeting all its obligations especially, in the area of prompt claims settlement to clients and other stakeholders, adding that, the insurer is liquid enough to carry out its civic responsibilities.
He stated that his company is capitalising on the potentials in the retail market to deepen insurance penetration, noting that the wholesale market is already saturated.
“We have a competitive edge in claims settlement through investment in state of the art communication and information technology thereby enhancing our operational efficiency and offer to pay off legitimate claims in a jiffy after the execution of discharge voucher. We have a tractable but reduced claims process circle,” the CEO said.
He noted that the firm is liquid to underwrite big insurance businesses in insurance sector of the financial industry, saying, the company is eyeing the retail market and will soon unveil some retail insurance products to deepen insurance penetration.
Moreover, he said, the company has also imbibed the culture of training and retraining of its workforce as it believes in the human capital development, motivation and empowerment to drive policies and create values.
The credibility of its brand lies in its underwriting skills, innovative insurance solutions, financial strength, superior service and prompt claims settlement.
Universal Insurance Plc is one of the nation’s largest personal lines insurers. With over N11 billion in assets, it sells all lines of general insurance, including auto, property and commercial insurances.