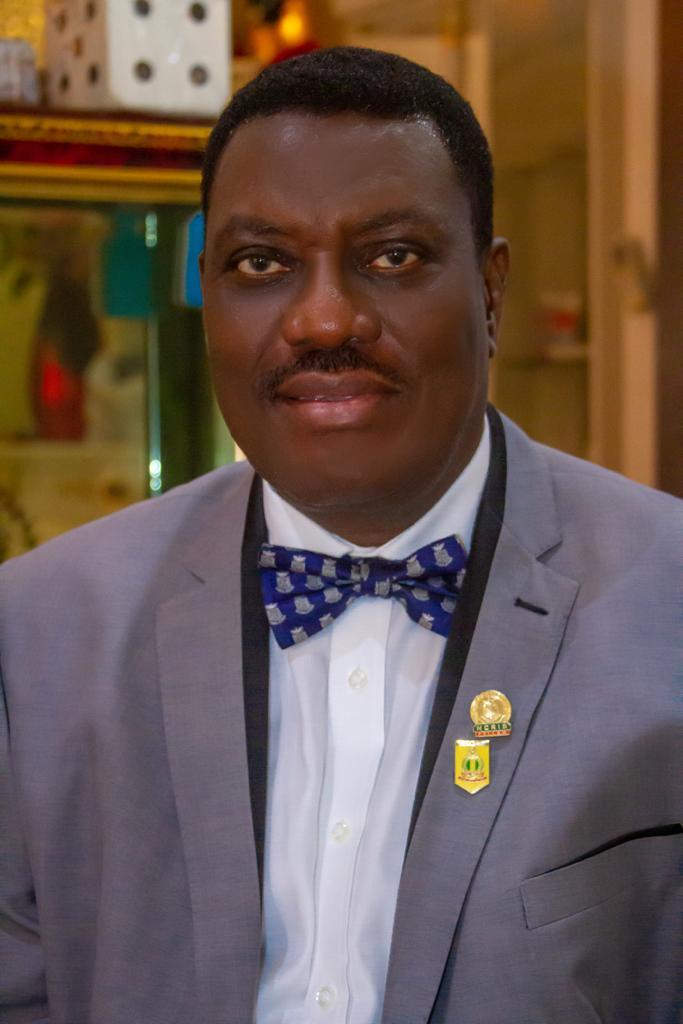 Barrister Oluwarotimi Edu is expected to become the 21st president of the Nigerian Council of Registered Insurance Brokers (NCRIB).
His investiture, which will take place in Lagos will be attended by relevant stakeholders from the financial and insurance sectors of the economy as well as players in government and private sector.
The president-elect, before now, was the deputy president of the council and he worked assiduously with the out-going president. Dr. Bola Onigbogi, to deepen insurance awareness through improved education and sensitisation exercise across the nooks and crannies of the country, including, at the states and federal levels.
Born over six decades ago in Lagos, Barrister Oluwarotimi Edu is a Lagosian, born into the families of Late Alhaji Salaudeen Edu.
He began his early education at the Surulere Baptist Primary School in Lagos, before he later proceeded to the Lagos Clerical Training College which was a famous school for the training of would-be white- collar jobbers at the time.
Oluwarotimi later switched to Premier College, Yaba, for his West Africa School Certificate, which he bagged with flying colours.
The quest for higher scholarship propped the young Oluwarotimi to secure admission with the famous Lagos State Polytechnic, Isolo, Lagos for his National Diploma and Higher National Diploma Certificates in Insurance.
He secured his first job with Security Insurance Company under the tutelage of Late Mr. Idowu Silva of blessed memories where he horned his skills in Insurance Marketing.
Though he had a flourishing career in the Insurance Industry, starting his career at the defunct Mulumba Assurance Company Limited where he was employed as a Senior Manager, Oluwarotimi briefly left for banking and later returned to the famous Industrial General Insurance Limited where he exited as Deputy Director (Marketing).
He later became the acting Managing Director of International Health Management Services before he ventured into establishing his own Brokerage firm, Quicklink Insurance Brokers Ltd, which has remained one of the leading Insurance Brokerage firms in Nigeria today.
His foray into NCRIB was when he was appointed as the Auditor of the council under its first female President, Barrister (Mrs.) Laide Osijo.
From that point, there had been no turning back for Oluwarotimi Edu as he rose meteorically on the council’s leadership ladder through his valued and qualitative contributions to become Hon Treasurer, Vice-President, Deputy President and today ascending the number One position as 21st President.
Conforming to the belief of Sir Ian Mc Gregor that “No one dies from hard work but a lot of people die when they refrain from it”, Oluwarotimi Edu’s insatiable appetite for learning even when it was most inconvenient prodded him to enroll
His thirst for knowledge made him apply for a degree in Accounting; crossing in his 2nd year to Law at the University of Lagos where he bagged his Bachelors of Laws degree, and was called into the Nigerian Bar after completing his Law School.
He still went back to study for his Master’s Degree in Law specialising in Secured Credit, Family Law and he later became a Notary Public of the Federal Republic of Nigeria thereafter. These battery of certificates and knowledge he has brought to bear on his profession and the NCRIB in several capacities.
A Chartered Insurance practitioner from the Chartered Insurance Institute London, Barr Oluwarotimi Edu is a proud product of the famous National Institute of Strategic Studies, Kuru, Jos. He was a one-time speaker at NIPSS (SEC 41) and a strong advocate of agricultural insurance development in Nigeria.
As one of the Past Presidents of the famous Lagos Lawn Tennis Club, Barrister Oluwarotimi Edu left impressionable footprints on the Club. Aside from enhancing its financial vibrancy, Barr Edu is remembered for re-energising the Club through aggressive membership drive and drawing more attention of the powers that be to the Club, making it a primus interpares amongst its peers nationally.
Similarly, he is a Chartered member of the Nigerian Institute of Chartered Arbitrators (CIArB); Current Chairman of the Insurance Brokers Forum of the West African Insurance Companies Association (WAICA); Member of the 9th Governing Council of Lagos State Polytechnic (LASPOTECH); Past President of the Lagos State Polytechnic Alumni Association); Member, Institute of Directors (MIoD); Principal Partner of Rotimi Edu & Co. a firm of Estate Managers, among others.