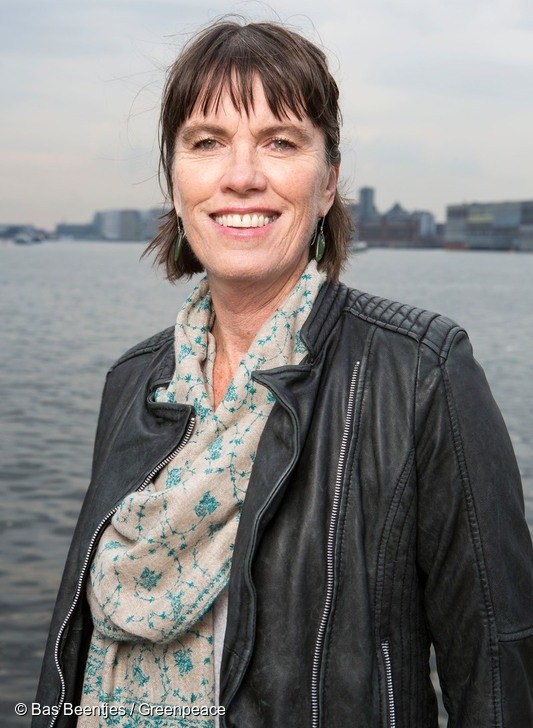 New Executive Director Greenpeace International (http://www.Greenpeace.org) Bunny McDiarmid visited the Greenpeace Africa office in Johannesburg to show solidarity and gain further insight into the key issues. The visit was McDiarmid’s first to the continent since taking office in April.
Greenpeace Africa is concentrating its efforts on promoting sustainable development with particular emphasis on policies that support investment and development in clean renewable energy.
During the visit, McDiarmid said: “I came to meet and support my colleagues here in Africa. Promoting sustainable development is the most viable option for not only driving sustainable social and economic changes but important for protecting our common climate. Keeping dirty fossil fuels in the ground in every corner of the world is no longer a choice it’s an imperative.”
A quarter of the world’s population has no access to electricity and most of these people live in South Asia and sub-Saharan Africa. Access to electricity is key to supporting people out of poverty.
“What I heard is achieving 100% renewable energy by 2050 is absolutely possible in Africa. However, it will require a shift in understanding that renewable energy is already a viable solution but it needs to be backed by the policy makers,” added McDiarmid.
Greenpeace Africa is also working, as part of a global effort, for a stronger response to stop illegal and unregulated plundering of its vast natural forests and safeguarding its rich ocean resources.
“Just as collective action on climate change is key to resolving a global problem, Greenpeace Africa is calling on African nations to work together to manage and protect these precious resources so that they are there for future generations” McDiarmid said.
Greenpeace International recently appointed two female International Executive Directors. Jennifer Morgan and Bunny McDiarmid took up the reigns in an innovative shared-leadership role on 4 April 2016. They succeed South African born Kumi Naidoo who had been at the helm of the organisation for five and a half years.
Bunny McDiarmid is not a new face to Greenpeace. She is a 30-year veteran of the organisation as an activist, ship’s crew member, and most recently, the Executive Director of Greenpeace New Zealand which, under her leadership, became a powerhouse of innovation in the Greenpeace world.

THE RIGHTS OF WORKERS UNDER THE CONTRIBUTORY PENSION SCHEME