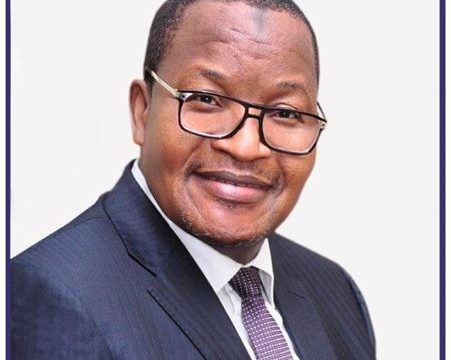 This was the fulcrum of a one day event tagged: “Sensitization programme on hazardous effect of non-type approved handsets and impact on quality of service and e-waste” held at Paiko, Niger State, recently.

The Executive Vice Chairman/CEO of the NCC, Prof. Umar Danbatta, while addressing the audience at the event that also featured questions and answers between the consumers and the regulator, said the sensitization programme was part of the Commission’s deliberate move to educate and create awareness on the hazardous health effects and negative economic implications of the patronage of fake handsets and other Information and Communication Technology (ICT) devices in the country.

According to Danbatta who was represented by Director, Zonal Operations Department at NCC, Mrs. Amina Shehu, “It is a programme designed by the Commission to educate and enlighten the masses on the need to use type-approved handsets and the benefits of using such equipment which includes better quality of service (QoS), network integrity and safety of the end-users.”

Shehu, who frowned at the proliferation of counterfeit handsets in the country, said the menace of counterfeit and substandard handsets has assumed a global dimension which requires a lot of education on the part of the consumers and the collaboration with other government agencies to address it. She also enjoined telecoms consumers to check the Commission’s official website to find the list of type-approved phones from which they can make their choices of handsets to purchase.

“Cases of influx and patronage of counterfeit handsets are more rampant in developing countries, such as Nigerians, where importers bring in substandard phones without recourse to regulatory type-approval process aimed at certifying such devices as fit for the market,” she noted.

As such, all equipment manufacturers, vendors and operators, including customer devices such as mobile phones and wireless adapters, must therefore ensure that their equipment conform to the applicable standards as mandated by the Commission before bringing them into Nigeria, stressing that NCC is also saddled with the responsibility of ensuring that consumer enjoys his or her stake in the telecommunications industry.

Shehu further added, the Commission, in collaboration with the Office of the National Security Adviser (ONSA) and other government agencies, recently inaugurated two committees to design modalities towards curbing the proliferation of substandard handsets in the country.

She also said that, the Commission has developed regulations on electronic waste (e-waste), as another regulatory instrument, which among others, aim at providing regulatory framework for the management and control of e-waste in the telecommunications industry, all in line with Section 132 of the NCA, 2003.

Speaking on behalf of telecoms consumers and participants at the event, the Hakimi of Paiko, Alhaji Mansur Baba Mustapha commended the Commission for bringing such programme to the Paiko community.