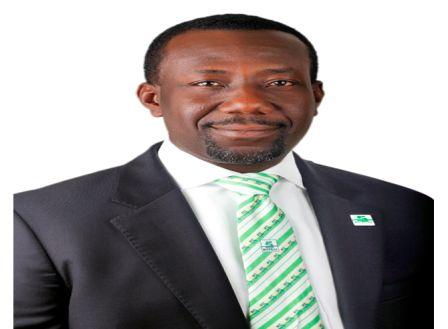 In this interview, Mr.Segun Omosehin, Managing Director of Mutual Benefits Assurance speaks on the salient issues in the insurance industry in Nigeria. Excerpts.

21 years down the line, how has the journey been like for Mutual Benefits?

2016 has just passed and that is what you are thanking God for. So how was it for the business?

For the business, it was very great. However, because we do not operate in isolation, we operate within the larger economy and like you are very much aware, the recent devaluation in the value of the naira to the dollar affected our network.

So in absolute terms, if we are to convert what we’ve done relative to the dollar, we realised that we did much worse than the previous year because of the exchange rate and that in a way also affected our balance sheet because we had one of our particular portfolios denominated in U.S dollars.

So we had to go for some foreign exchange because of the particular instance, so all of these will have a direct impact on the balance sheet. So it’s a performance I’ll say we were proud of but for the vagaries of the macro-economic conditions of the country it affected the ultimate net value of whatever we’ve been able to achieve.

We are in 2017 and even from the IMF there is a projection that the recession will be reversed and there will be a minimal growth. How do you think the insurance industry will look like?

Let me start from this angle. There has been a whole lot of predictions as to what the economy will look like in 2017. A number of experts have all predicted that there will be 1- 1.5% growth in our national output.

The World Bank also followed suit by predicting 1% growth in our national output. These are outlooks that we’ve used in doing our benchmark as to what we want to do for the year. We are positive that hopefully with all that we’ve seen within the last quarter which was the fourth quarter of 2016 that the recession should be over very soon.

So- on that premise, those are the things we are looking at. However, in absolute terms, we also need to look at what are those things that the government has put in place to tackle the recession. There are several pointers that show that the government is absolutely committed to reversing recession.

One, you see the amount that was allocated to power; infrastructure, housing, then you also look at the amount that was allocated to the transportation sector. These are areas that will directly impact on the economy because anything you put on infrastructure it will directly impact on the government. And also the government decided to put a certain amount for social welfare, giving direct cash to the less privileged Nigerians and micro-credit schemes that were set up and above that, they also agreed that the deficit in the budget that is going to be financed through debt and 51-52% of that debt is supposed to be sourced locally, about N1.3 trillion is supposed to be sourced locally and this will have direct impact on activities within the economy.

So, if you are now talking within this parameter, you will now observe that there are areas for companies like ours that are majorly concerned with covering risk associated with economic activities in the system. So, with the big picture that we painted, we are optimistic that activities will pick up and the insurance industry will do well.

However, there are new areas to be cautious of. The basic premise on which our projection or most of the international projection has been on is the ability to generate consistently some amount of revenue from the oil sector. Any disruption in the flow of income from the oil sector is likely to have direct impact on the economy and that is why we need to look at how well and what machineries we can use to manage the Niger-delta crisis. I’m optimistic because the vice president recently led a delegation to that region to look at a more pragmatic approach rather than an Abuja political decision that will not have direct impact to what is going on, so that gives us some comfort that for the first time, some guys are really looking at the real issues and looking at how well can we as a nation manage our own crisis because America is not going to come down to manage our own crisis for us. We now need some indigenous guys that can have the local dynamics and tackle some of those issues. So, on this premise I mentioned, as an industry, we believe that insurance has a brighter prospect this year given those parameters.

Recently, the regulator issued a directive that before ceding a risk abroad, you must make sure that you have a trusted local capacity. What is your opinion?

I think that is the best thing that can happen to this industry and I will continuously commend the regulators for taking some of this decisions.

The problem with our sector has not been lack of regulation; it is lack of enforcement of regulation. So my take on this is that it is good for the industry and I am hoping that the operators will see the beauty of this if we all adhere to those regulations because I think, why will you cede a risk outside when the capacity within the local market has not been exhausted. It doesn’t make sense. It is only in Nigeria that you see these things. If you go to the UK, it is natural that it would have been exhausted before going to the U.S market because it is cheaper for you. If you ask me, I think some measure of enforcement coupled with some sanctions will help bring operators back to the line.

If the sanction has not been consistent they will continue to do that.

Look at what we are enjoying today, the No Premium, No Cover policy.

I cannot believe it. Now I write N10 billion worth of business. Before now, if you write N5 billion, about 60% would be receivable and you are at the mercy of the broker. The situation has reversed. If I tell you I have written N10 billion, it is N10 billion collected.

So the problem has always been the ability to enforce those regulations.