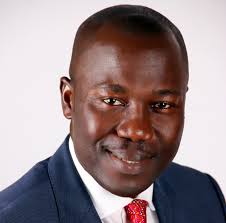 There is an on-going makeover of the international reputation of Nigeria since President Muhammadu Buhari came into office on May 29th. He has brought credibility to the governance of the country. The immediate implication is that the international community is now better disposed to working with Nigeria, especially with regard to enhancing security.

As U.S. President Barack Obama noted in Washington DC in July, when President Buhari visited him officially at the White House, the Nigerian president is a credible leader and a decent man, who is also known for his unwavering anticorruption crusade.

Since President Buhari came into office, Nigeria has emerged as a jurisdiction where government policies are no longer taken for granted. As someone indicated, “a new sheriff is now in town” – market rules have become even more transparent, and infractions of rules and processes are no longer tolerated. These are no mere conjectures. Observers and those with close affinity to the country have begun to note tighter control of the reins of government, mounting pressure on past wrongdoers – which serves as a deterrence to would-be offenders – and regulatory punishments for those who violate market rules.

However, these changes may not necessarily have wide coverage in the immediate term or acknowledged by all and sundry. There are a variety of reasons for this. The ineffective governance that President Buhari wants to change has been a long-established pattern. The international community and market participants have long associated the malaise with governance in the country by default. Such ingrained negative views can be resistant to quick-fix measures.

A lot about the misgovernance – real or perceived – requires institutional remodelling and strategic plans at strengthening the state and market institutions. This entails a lot more than what the good reputation of the President can change overnight.

Yet, the consequences of misgovernance are with us, either as a people or as a market. They ensure the country remains a paradox. Instead of a straightforward case for investment, because of the breadth and depth of the opportunities, Nigeria’s investment outlook is tainted by disturbing poverty data. Generally speaking, the market is still at an early stage of development, even if we agree that, at a micro level of the analysis, it is not entirely lacking in sophistication.

A greater challenge to correcting the perception and impact of misgovernance is the global economy that has been in a rollercoaster of crisis and weak recovery since the 2008 – 2009 Global Financial Crisis. This means that investors’ appetite for risks remains weak.

Moreover, ensuing market volatility makes investors’ attention span very fleeting. When we put this in the context that bad news travels faster and wider, we see a need for a determined effort to sell Nigeria’s Change agenda.

The positive image the country is building now, under the new Administration, may attract cynicism from those who are not easily convinced. The cynics may falsely believe their position is strengthened by the economic conditions that could derail even the most auspicious reforms.

After all, they might say, Nigeria is still an oil economy, from the limited viewpoint that 90 percent of Government’s export earnings and 70 percent of total revenues come from oil. Even worse is the fact that the price of oil has tumbled by more than 50 percent, compared to a year ago. And so, we have the reality and the backlash of the dominant narrative for oil-exporting countries: they are facing a severe fiscal headwind that will result in a lengthy period of adjustments.

So what should be our message? Nigeria’s economy is way broader than oil. Oil currently accounts for just 10 percent of the GDP. A key aspect of the policy push by President Buhari is structural economic diversification and wider export production. Since this agenda was even pursued by past administrations, it means there is something to build upon.

Thus, more success can be achieved within a short period, in SME manufacturing, agro-processing, solid minerals extraction and processing and services which, in actual fact, now accounts for more than 60 percent of the GDP.

Nigeria has always incentivized investment, whether it is local or foreign. But under a more transparent regime, regime, as we have now, the investment incentives will even become more accessible by merit. One of the disincentives for business in Nigeria has been deficits in availability and quality of infrastructure.

This government is also putting its best foot forward in addressing the infrastructure gap. President Buhari has asserted the saliency of improving power supply, expanding the road networks, and completing ongoing rail projects. I must say that this provides staggering opportunities for investment and job creation in Nigeria.

Global terrorism has become the rude awakening for all in the world where radical beliefs are being expressed with despicable violence. It is true that Nigeria has an issue of a local insurgency, which although is somewhat localised in operations, is strategically being treated as a national security threat. Counter-insurgency efforts have attained a much higher level of determination with the strong will to degrade and wipe out the Boko Haram insurgents and give the country a new lease of security.

The efforts are receiving greater support than in the past from Nigeria’s neighbouring countries who suffer the spill-over effect of the crisis, and from the wider international community. There is a brighter outlook for a more secure Nigeria for both civic and business engagements.

I observed the past government’s efforts at international marketing of its programme and the country’s image with the passion of an astute communication strategist. But sometimes, we have unwittingly created additional risks with blurry messages and the way we engage the international press.

The point to note is that while we must use the international media in propagating our messages- this change message, exclusive use of a handful of outlets creates ‘media authorities’ on Nigeria who tend to misuse the privilege.

Happily, the internet and social media have broadened the definition of international media. Local newspaper websites reach people across the geographic regions of the world. Albeit, to effectively reach some relevant target audiences such as global investors, policymakers, academics, ordinary citizens with whom Nigerians in the Diaspora coexist, it would be needful to sometimes syndicate the Change message in a number of Western outlets.

However, the communication strategy must recognise the shifts in the global marketplace. Nigeria now needs to engage with the East much more than before. China has since become the world’s second largest economy and Africa’s number one trading partner. As we see with the latest visits of Chinese President, Xi Jinping, to the United States and Britain, China is becoming more important in economic diplomacy and global investment.

While China has been noted to overlook domestic politics of its African partners, this does not preclude building more understanding on the brighter Nigerian policy landscape and the opportunities we have for investment with Beijing.

The other shift with regard to this discussion is Nigeria in Africa. Nigeria is now the continent’s largest economy.

While the country has always had political influence on the continent, Nigeria’s economic status has introduced a new dynamic. This means more Nigerians will be working in African countries as our local corporates grow to the rest of Africa. Fellow Africans have become even more important publics of Nigeria’s international public relations.

Therefore, one expects that our international campaigns should now also target include South African, Kenyan, and Ghanaian media, among others. Beyond fostering normal diplomatic relations, the aim would be to make Nigerian investments and workforce in the region of Africa safe from prejudice and other harms.

Overall, it is important to strategically communicate the positive change that is happening in Nigeria to the international audience. While Nigerians need convincing about the change President Buhari promised – for which he has firmly and progressively started to work – taking the message further will help maximise the potential investment and security dividends.

‘Cost of Finance Too Expensive in Africa’