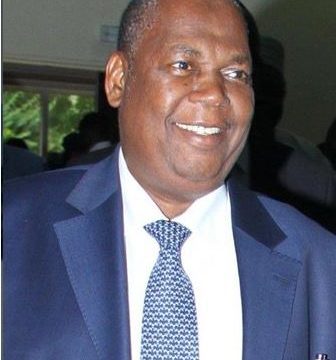 The Senate Committee on Banking, Insurance and Other Financial Institutions has expressed a strong Commitment for the accelerated amendment of the Nigeria Deposit Insurance Corporation (NDIC) Act, 2006, to eliminate the gaps that have hindered the full realization of the public policy objectives of the implementation of the Deposit Insurance System (DIS) in Nigeria.

This made known in a statement signed by Mohammed Kudu Ibrahim, head, Communication & Public Affairs of NDIC

He stated that the Chairman of the Committee, Sen. (Dr.) Rafiu Adebayo Ibrahim, made the remark when he led his team on an oversight visit to the Corporation on Tuesday, this week. The Committee was warmly received by the MD/CEO of the Corporation, Umaru Ibrahim, along with members of his management team.

The MD/CEO according to the statement updated the Committee on the recent activities of the Corporation including the response of the NDIC to the revocation of the licences of 153 Micro-Finance Banks (MFBs) and 6 Primary Mortgage Banks (PMBs), by the Central Bank of Nigeria (CBN).  Members of the Committee were informed that the Corporation had already commenced the payment of depositors of 25 MFBs and the deposits verification of 50 others.

He listed the challenges encountered by FMBs in particular to include non-performing loans, insider credit and abuse, non-compliance with extant regulations on their establishment and the overbearing indulgence in other fringe operations, along with poor earnings.

“The NDIC boss further used the opportunity to inform members of the Committee of the strong resolve and commitment of the Corporation to assist in the investigation and prosecution of all those who contributed to the collapse of the defunct Skye Bank”, he said.

Using the case of Savannah bank as an example, the MD/CE added that the NDIC Act, as presently enacted, inhibits the Corporation to reimburse depositors since their bank licences were yet to be revoked due to protracted litigation. The NDIC boss thereafter made appealed to the Committee to amend the NDIC Act.

Responding, the Chairman of the Committee commended the Corporation for the excellent quality of its reports on the supervision of banks which have become the benchmark in the industry.

The chairman however expressed concerns over the recent policy of the CBN which raised the minimum capital requirements for Microfinance Banks in Nigeria from N20 million to N200million, and N100 million to NI billion, andN2 billion to N5 billion for unit, state, and national MFBs respectively, adding that the policy will be inimical to the objectives of the financial inclusion strategy.

The meeting ended with both institutions pledging to work harmoniously to confront emerging issues in the industry such as Block-chain Technology, Financial Inclusion, Cyber Crime, Digital Banking, Consumer Protection and the provision of credits to MSMEs.