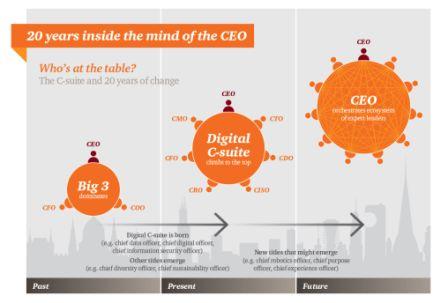 Worldwide, CEOs’ confidence levels for their growth prospects and outlook for the economy is back on the rise amidst new risks and uncertainty.
In PwC’s 20th annual survey of CEOs worldwide, 38% (2016:35%) are very confident about their company’s growth prospects in the next 12 months while 29% (2016:27%) believe global economic growth will pick up in 2017.
Just over one-third (33%) of South African CEOs are very confident of their company’s own growth in the next 12 months, 4 points down on last year, and 5 points below this year’s global average     (38%). Furthermore, only 19% expect global economic growth to improve in the next 12 months, 10 points below the global average.
Commenting on the survey results, Dion Shango, CEO of PwC Southern Africa, says:

“Despite significant challenges in 2016, CEO confidence is on the rise – albeit slowly and still has some way to go from the levels that we saw back in 2007. Across the globe, there are signs of optimism despite mixed views on how the global economy will respond to the recent US presidential election result as well as the outcome of the UK Brexit vote.”
The global survey results, based on interviews with 1379 CEOs from 79 countries, were released at the World Economic Forum annual meeting in Davos yesterday. In South Africa 36 CEOs from a broad spectrum of listed and privately-owned companies participated in our survey.
“It is positive to note that local CEOs expect to increase their headcount in the next 12 months. CEOs are promoting talent diversity and inclusiveness; they have implemented strategies to reflect the skills and employment structures needed for the future,” Shango comments.
PwC’s annual 20th Global CEO Survey explores what CEOs in 2017 think about three imperatives: a people and technology strategy that is fit for the digital age, preserving trust in a world of increasingly virtual interactions, and making globalisation work for everyone by engaging even more with society and collaborating to find solutions.
“The challenge to all three imperatives is leadership. How leaders engage with employees and stakeholders has never been more important. A company’s strategy must be built upon a long-term vision of growth, access, equality, innovation, and the human endeavour,” adds Shango.

Where CEOs Will Look for Growth
PwC’s first global survey (1997) showed emerging markets – including China and India as a sure bet for success. But the changeability of markets, exacerbated by current volatility, has caused CEOs to turn to a greater mix of countries. This year’s survey shows the US, Germany and the UK have become bigger priorities, while enthusiasm for investing in Brazil, India, Russia and Argentina has lessened from three years ago.
South African CEOs named China (36%), the UK (31%), the US (25%) and India (22%) as the most important countries for their organisation’s overall growth prospects.
New York (8%), Tokyo (8%) and London (19%) were also identified as the most important cities to an organisation’s overall growth prospects over the next 12 months.

Technology and Trust
CEOs say that technology is now inseparable from a business’ reputation, skills and recruitment, competition and growth.  Sixty-one percent of South African CEOs say technology has either completely reshaped or had a significant impact on competition in their industry. Furthermore, 75% say it will have a major impact in the next five years.
Twenty years ago, trust wasn’t high on the business agenda for CEOs. This year, 58% of CEOs globally worry that a lack of trust in business will harm their company’s growth, up from 37% in 2013. After several high-profile technology and security issues for big companies, CEOs identified cyber security, data privacy breaches and IT disruptions as the top three technology threats to stakeholder trust. More than half of South African CEOs (58%) cited risks from the use of social media, 53% cited breaches of data privacy and ethics, and 50% cited cyber security breaches as concerns.

Headcount and Talent
Concern about skills has more than doubled in 20 years (from 31% concerned in 1998 to 77% in 2017) and human capital is a top three business priority, with diversity and inclusiveness and workforce mobility amongst the strategies being used to address future skill needs. Skills availability is a concern for over three quarters (77%) of business leaders, and is highest for CEOs in Africa (80%), and Asia Pacific (82%).
More than half of South African CEOs (58%) expect to increase their headcount in the next 12 months, with 14% planning to cut their workforce.

Impact of Globalisation
More than half of CEOs (58%) globally think it has become harder to balance globalisation with rising trends in protectionism. For the past 20 years CEOs have largely been positive about the contribution of globalisation to the free movement of capital, goods and people. However, this year’s survey respondents are sceptical that it has mitigated climate change or helped create full and meaningful employment to close the gap between rich and poor.
Seventy-two percent of South African CEOs (compared to 62% globally) said globalisation had to a large extent helped with universal connectivity, and 44% (compared to 60% globally) said it had helped with improving the ease of moving capital, people, goods and information.

Concludes Shango: “Looking forward, CEOs will require a different set of skills. The events of the past year have shown us just how interconnected the interests of shareholders and other stakeholders really are. Those businesses that articulate their purpose, anticipate risks and adhere to the value they profess will thrive. Businesses that ignore the power of the people will jeopardise the growth they seek.”