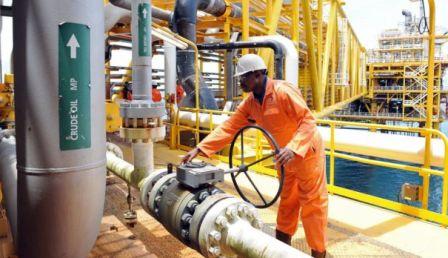 The oil & gas industry in Africa continues to face market challenges arising from the low oil price, competition for revenue growth and local talent together with new expectations from investors and regulators.
“Africa’s oil & gas industry is experiencing significant change and upheaval. There are fundamental shifts in companies’ strategies, business models and ways of working,” says Chris Bredenhann, PwC Africa Oil & Gas Advisory Leader.
The sustained lower price of oil has been accepted as the new normal in the oil & gas industry with companies putting plans in place to enable a more agile response to commodity price fluctuations in the future. For some, this means a diversification of portfolio, with many considering moves to an energy mix that includes some form of renewables. Despite the challenges, there are a number of opportunities on the African continent.
“The time is opportune for oil & gas companies to take up and utilise advances in technology as an enabler in meeting some of the challenges faced. Instead of playing catch up the rest of the world, we believe that the industry should be ‘learning to leapfrog’ so that they are not only ahead of disruption – they actually cause it,” Bredenhann says.
PwC’s Africa oil and gas review, 2017 analyses what has happened in the last 12 months in the oil & gas industry within the major and emerging markets.
As at the end of 2016, Africa is reported to have had proven natural gas reserves of 503.3 trillion cubic feet (TcF), up 1% in total gas reserves on the continent. About 90% of African gas production continues to come from Algeria, Nigeria, Egypt and Libya though the overall quantity produced in 2016 reduced by 1.1% down to 208.3bcm.
Africa’ share of global oil production has continued its downward trend from the past four years, dropping sharply, moving it down from 9.1% of global output last year to 8.6%.

The challenges in Africa’s oil & gas industry
The top challenges in the oil & gas industry have remained similar to those in previous years with uncertain regulatory frameworks, corruption, and tax requirements remaining in the top six for the past four years. It is notable that financing costs and foreign currency volatility have both become more critical challenges since 2015 when they were ranked 11th and 10th respectively.
“It is disheartening that governments are not catching up to demands and calls from oil & gas companies to ensure regulatory certainty to players who are looking to invest in hydrocarbon plays in various African countries,” Bredenhann comments. Upstream regulation in South Africa remains uncertain, with the separation of oil & gas from mining still not achieved in the Mineral and Petroleum Resources Development Act (MPRDA). Other key markets in Africa, such as Nigeria and Tanzania, are also experiencing significant regulatory issues.
Corruption has remained among the top three challenges over the last four years, with numerous instances occurring across the continent. Despite the existence of anti-corruption programmes at government and corporate levels, the effectiveness of such programmes is questionable. In the context of corruption issues, it is not surprising that the costs of finance have risen to third among major challenges for African players. It is likely that the regional issues and uncertainties combined with a constrained wider industry, have led banks and other institutions to be wary of offering favourable financing terms.
The lack of skills development continues to be a problem in Africa, and it is becoming a global challenge in the oil & gas industry overall.

Will lower oil prices continue?
Aside from those challenges highlighted by companies, adjusting to the new normal of lower oil prices remains a concern for companies. The oil price has been relatively ‘stable’ through 2017. Having recovered since the January 2016 low, it has typically been trading in the US$50-60/bbl range. As the Brent oil price reached close to US$60/bbl in September 2017, the market began asking whether ‘lower for longer’ may be over. The demand for oil is picking up, and supply is easing off, suggesting a market rebalancing is underway. However, as we have often seen with global oil prices, nothing is ever certain.

Oil & gas companies cited geopolitics, supply and demand as the three major reasons for the current oil price environment. Looking ahead, respondents expect modest increases in prices over the next two years – with 65% and 52% expecting the price to be in the US$51-60/bbl range for 2018 and 2019 respectively.

The changing competitive landscape
In response to many of these challenges, oil & gas companies are looking to alter their strategies and operating models, which has changed the competitive landscape. Companies reported that major changes anticipated or recently experienced in the competitive environment are driven by the growth in alternative fuels, the impact of technology-driven disruption and the need for cost reduction.

Are oil & gas companies fit for Growth?
Oil & gas companies cited ‘too little investment in developing capabilities’ as the most significant impediment to business growth. This was followed by weak strategy and leadership.
According to PwC research, companies become ‘Fit for Growth’ by doing three things consistently and continuously: they focus on a few differentiating capabilities; they align their cost structure to these capabilities; and they organise their businesses for growth.
According to PwC’s Oil & Gas Review, 75% of companies say that they have reviewed their Africa strategy in the last three years, but they also acknowledge that there are issues with incoherence and a problem with executing it in day-to-day business.
PwC’s Fit for Growth approach emphasises that investment in capabilities that enable the organisation to create unique value for customers is key for sustainable growth.
Survey respondents indicated that they are investing in the development of new or the enhancement of existing capabilities (18%), local content and skills development (14%), infrastructure improvements (13%), and regulatory compliance (12%) over the next three years.
It is notable that cost management as a strategic focus has fallen in importance this year. One-third of respondents indicated that they had no cost-cutting intentions. Just under half of respondents intend to reduce costs by up to 20%.

Achieving sustainability
The need to strategically assess the portfolio of activities oil & gas companies in Africa pursue in order to be sustainable in the drive towards a low-carbon environment is necessary. The review results indicate that M&A and partnerships are key to delivering the intended and repositioned strategies and growth. The minority of respondents were related to an M&A proposition to drive growth, with approximately 30% of respondents being targeted for acquisition and about 40% having targeted an entity themselves. The majority of respondents referred to a partnership proposition with nearly 60% having both been approached or approaching another entity for partnership.
While some oil & gas companies continue to explore opportunities for cost reduction and improved efficiency, consideration is now being given to how they will stay ahead of the competition. Given the perception of slow uptake of digital solutions in the oil & gas industry, it is surprising that nearly a quarter of companies stated that they had implemented some form of digital solution, from production and drilling to mobile solutions.

Leveraging local content
More than 25% of oil & gas companies said that projects had been postponed or delayed by local content policies, and about 15% have relocated or cancelled projects in response to local regulations. About 10% indicated an acceleration of their projects. One-third of respondents think that there are more local companies today that can serve the sector. Just under one-third acknowledge that local skills at the right level are available in their country and 11% said that new players have emerged in upstream as a result of the regulations.
“The oil & gas industry in Africa is riddled with complex challenges and adversity, but with challenge comes opportunity. The opportunity is there for players who are willing to ‘reimagine the possible’ in a future that looks very different to our present.
“It is clear that African oil players must ‘learn to leapfrog’ to remain competitive in the new energy future,” concludes Bredenhann.