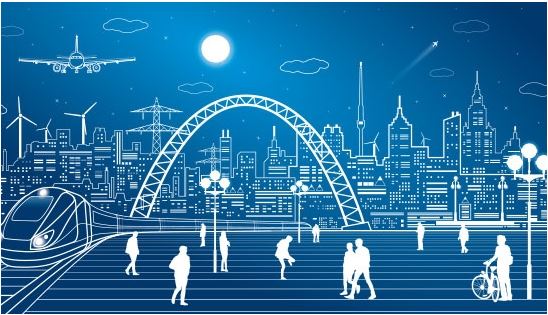 Dr.  Emeka Okwuosa, the Chairman, Oilserv Group says Nigeria needs to invest over three trillion dollars in infrastructure over the next 20 years for positive impacts in various sectors of the economy,

Okwuosa was quoted to have said while delivering paper titled, “Infrastructural Development: A Key to Economic Growth and Development in Nigeria” at the 48th convocation of the University of Nigeria, Nsukka.

In the statement signed by the media consultant of Oilserve, Dr. Ngozi Anyaegbunam, he said the investment would also help to optimise the collective contributions from operators in various sectors.

According to him, the World Bank ranks Nigeria lowly as viable destinations for doing business pointing to the poor state of its infrastructure.

How do we respond to these negative and retrogressive occurrences? Nigeria needs to invest over $3 trillion in infrastructure over the next 20 years,” he said.

Okuwosa said:  Where can we source for this funding? It is evident that government alone cannot provide these resources.

The Oilserv boss said that Federal Government must without delay, leverage the private sector capital in a variety of ways such as creating special purpose vehicles for financing creations and drive.

He urged the government to also develop public-private partnerships, and investment funds with a variety of guaranty plans and arrangements.

He said that government key role could be to create and sustain an enabling environment by deploying instruments like the Nigeria Sovereign Investment Authority with its arm.

Okwuosa said that the National Sovereign Wealth Fund should act as a catalyst for the provision of funding needed for development.

The government and the private sector must, as a matter of urgency respond to these deficiencies in the economy by accelerating infrastructure development.

“By this, I specifically refer to power, roads, rail, ports and telecommunication (especially broadband technologies). Also equally important and in alignment, is the development and implementation of the legal and regulatory frameworks and environment and all other related processes that will enhance the ease of doing business in Nigeria. Today, the total value of Nigeria’s infrastructural stock (road, rail, power, airports, waterways, telecoms, and seaports) represents only 35 per cent of Gross Domestic Products (GDP). In consideration and comparison to other peer emerging markets countries whose average is 70 per cent of GDP, Nigeria is way below expectation for an appreciable development for economic growth and prosperity,’’ Okwuosa added.

He said that the massive underinvestment in infrastructural development had been the result or bane to achieving the nation’s vision of becoming a top 20 economy by the year 2020.

The Oilserv helmsman said that in reality, the present infrastructural deficit in Nigeria would continue to adversely impact on its economic growth.

According to him, the purpose of the lecture is to expose the reasons why this potential has remained relatively unachieved.

This, he said was apart from the widely held opinion that Nigeria had the potential to become a major power and player in the global economy by virtue of its human and natural resources endowments.

“I am an unrepentant entrepreneur and strongly believe in human capacity development. From my experience in working for an international multinational oil and gas service company in twelve different countries to establishment of six companies spanning oil & gas industry, mining and agriculture.”