Nigeria, 9 Others Account for 92% of Insurance Premium in Africa 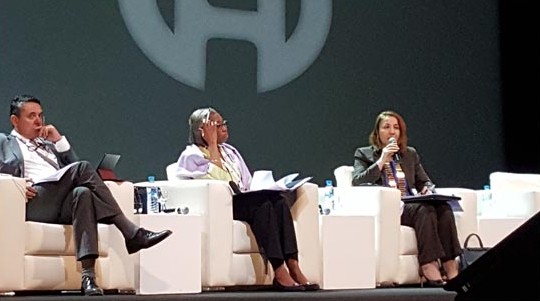 A panel report from the 43rd African Insurance Organisation [AIO] conference held recently in Marrakech, Kingdom of Morocco, says that Nigeria and nine others account for over 92 per cent of written insurance premium in Africa.

Other observations in the report include:
· The African insurance Sector accounts for barely 1.5% of the World Insurance market in 2015, out of a world GDP of 3.2%;

· Over 60% of written premiums on the African continent comes mainly from South Africa;

· The average insurance penetration rate stands at 2.8% as against a world average of above 6%. (1% excluding South Africa)

· A significant improvement observed with regard to the accessibility, regulatory and financial solidity conditions for local actors;

· The sharp growth of African economies over the past decade, in relation to the growth figures of other continents, comprises one of the factors driving the development of African Insurance;

· Sustained developments in the regulatory framework attesting to the awareness of African countries on the need to provide clear and encouraging solutions with respect to investments in African Insurance;

· The strong will of African countries to undertake major infrastructural projects will help make up for the delay in the penetration rate of insurance, in terms of contributions to GDP;

· A marked dominance of written premiums on the South African market;

· The contribution of Insurance to GDP falls slightly below the world average (6.2%); considering that the penetration rate is still below 1% in more than half of the African continent;

The development items produced by this same Barometer are:
· The setting up of efficient oversight and compliance mechanisms for rules and regulations;
· The setting up obligatory insurance cover leads to improvements in the insurance penetration rate in Africa;
· The creation of oversight mechanisms with regard to the celerity in the management and settlement of claims;
· The drafting of prudential and good governance regulations in the sector;
· Improving African skills and know-how on the technicalities and insurance of local risks will provide an adequate response to premium retention and conservation on the continent;
· Improving the accessibility of the population to financial services will serve as a springboard for the development of micro-insurance;
· Increase capitalisation and technicality in a drive to address the threat of premium drain from the continent.

Zinox Group and Imo State: A Partnership for Development