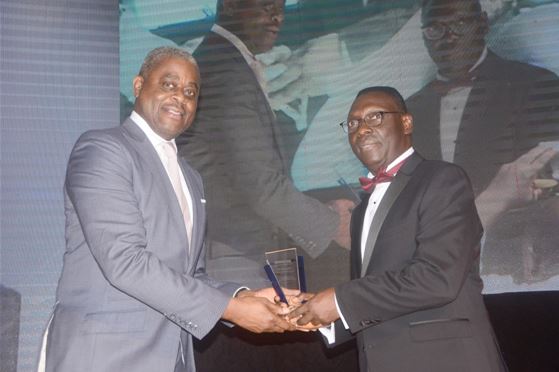 The Managing Director/CEO, Linkage Assurance Plc, Dr. Pius Apere has been listed among Top 25 Chief Executive Officers (CEOs) who delivered the most value to stakeholders, and contributed to the stellar performance recorded by the Nigerian capital market in 2017.

Last year, listed stocks gained N4.36 trillion in market capitalisation, a development that made the Nigerian capital market one of the best in the world.

The 25 CEOs who were celebrated during the BusinessDay Top 25 CEO Awards held in Lagos accounted for over 60 percent of the success recorded on the NSE. That means they added some N2.6 trillion to market value in 2017.

Dr Pius Apere led new Management of Linkage Assurance Plc with the support of the Board recorded significant achievements in 2017 leading to being awarded as one of the Top 25 CEOs.

In the 2017 financial year, the Company recorded gross premium income (GPI) of N4.102 billion as against N4. 032 billion in 2016, and was able to beat negative market sentiments that affected the company before the new management came in early 2017.

“From 2017 the Company share price has rose above 90 kobo and we were in a position to carry out half year 2017 Accounts audit exercise successfully within two months to pay interim dividend, having wiped out the negative retained earnings which existed for over 10 years. The Company is also in a position to pay final dividend from 2017 audited Accounts which awaits NAICOM’s approval.”, according to senior official in the company.”

The Company had an improved investment performance and profitability in 2017 despite the challenges in the market environment leading to better investment returns to shareholders in terms of payment of dividend and increased shareholders fund.

The Company also in 2017 brought in a new marketing strategy that focused on client/insured, with the ultimate aim of deepening the company’s marketing outreach which will enable growth of gross premium income, which is expected will manifest from 2018.

“We have developed our IT infrastructure in 2017 to put the company in competitive position in line with our peers. To improve our operational efficiency, we have deployed the Virtual Private Network (VPN) to our 13 branches in 2017 to ensure seamless operational link and/or fully integrated with Head office.”

“Online sales platform including document Management System (DMS) has been developed in 2017 and deployed in 2018, having got NAICOM’s approval.”

A lot of progress was made in the area of market visibility, including launching of new innovative retail products, strengthened ties with brokers for bigger market share, closing the gong ceremony at NSEetc to carry all market players along, targeted at increasing the company’s brand visibility as part of its aggressive revenue generating strategy.

Also part of the initiatives, is a new staff performance evaluation system which was introduced in 2017 to enhanced the creation of new work culture including  ability to work towards pre-agreed deadlines and/or timelines) within the Company.

“This has increased the level of staff productivity which in turn increased substantially staff contributions to the Company’s profitability (bottom line).”