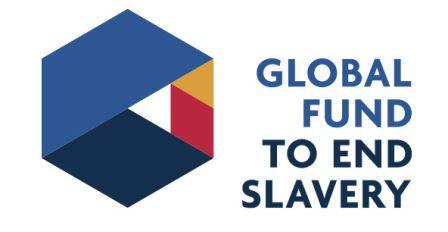 Speaking at a press conference during the World Economic Forum Annual Meeting in Davos-Klosters, United States Senator Bob Corker of Tennessee, Monique Villa, Chief Executive Officer, Thomson Reuters Foundation, and Gary Haugen, Chief Executive Officer, International Justice Mission, spoke of the urgent need for coordinated global action to end slavery.
Corker highlighted the creation of the Global Fund to End Modern Slavery (GFEMS), a public-private partnership, which will fund programmes to combat modern slavery in the countries where it is most prevalent.

With initial funding from the United States and the United Kingdom, the GFEMS is a bold public-private partnership seeking to develop a $1.5+ billion fund and coordinate a coherent, global strategy to address modern slavery.
Faced with the unprecedented challenge of 40 million people living in modern slavery, GFEMS will collaborate across sectors and geographies with a focus on three core programmatic pillars: rule of law, business engagement and sustaining freedom.

“The United States is grateful to join the UK and other governments around the world who are committed to a comprehensive approach to end modern slavery,” Corker said. “I look forward to engaging other international partners as we embark on what we hope will be a game-changer in this fight.”
In a statement, Jean Baderschneider, Chief Executive Officer of the new Global Fund, emphasized the critical role of business:

“Modern slavery is a crime of economic opportunity. Addressing it in a sustainable way requires a coherent global strategy and mobilisation of resources commensurate with that strategy. This includes close engagement with the private sector as allies and partners. We believe that sustainably ending modern slavery will require market-based solutions and proactive business leadership. There is potential for businesses and investors to drive change like we have never seen before.”
“Effective partnerships are essential to eradicate forced labour,” said Monique Villa, Chief Executive Officer, Thomson Reuters Foundation.

“The Stop Slavery Award, created by us with Anish Kapoor, is a good example of how bold initiatives are able to galvanize corporate engagement. From Adidas to Apple to Walmart, the number of companies applying for the award demonstrates that big corporations are taking action in the fight against slavery and this is very encouraging. To continue bolstering this momentum, we are now partnering with Humanity United to rank the world’s top 300 companies based on their efforts to eradicate forced labour. The index will be called the Know the Chain – Stop Slavery Index.”
“The creation of the Global Fund to End Modern Slavery is an historic opportunity to equip global good intentions with a coherent strategy that could actually end slavery in our lifetimes,” said Gary Haugen, Chief Executive Officer, International Justice Mission.
“We now know that effective law enforcement, excellent survivor services and energized business engagement is necessary to end impunity and put the $150 billion slavery industry out of business for good. Working together we have a unique opportunity to provide freedom to more than 40 million women, men and children currently living in slavery. Now is the time.”
Modelled on the Global Fund to Fight Aids, TB and Malaria, this new initiative provides a vehicle for effective collaboration between the private sector, governments and NGOs to face new global challenges in the Fourth Industrial Revolution.
The World Economic Forum’s 48th Annual Meeting is taking place on 23-26 January 2018 in Davos-Klosters, Switzerland. More than 3,000 leaders from around the world are gathering in a collaborative effort to shape the global, regional and industry agendas, with a commitment to improve the state of the world.