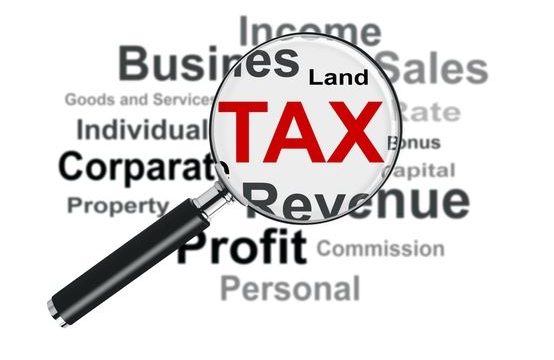 Revenue derivable in Nigeria can broadly be categorized under Oil and Non-Oil revenue. The Nigerian economy had for many years been dependent upon revenues derived from Oil and Gas hence the infamous economic meltdown led to the decline in the revenue generated from petroleum resource from the early 2000 till date.

Following the recession that ensued, alternative sources of revenue generation, particularly from the non-oil sector, became the focus of the Federal Government.

The Federal Inland Revenue Service (“FIRS”) by virtue of Section 8 (1) of the Federal Inland Revenue Service (Establishment) Act, 2007 (“FIRSEA”) provides that the FIRS shall be responsible for assessment, collection, rendering of account and enforcement of payment of taxes as may be due to the Federal  Government or any of its agencies;  and they shall also  collect, recover and pay to the designated account, any tax charged under any provision of the FIRSEA.

While the FIRS only has control over non-oil revenue from taxes collected, Oil revenue collection figures are subject to more external forces such as the price of oil in the international market, which itself is subject to a myriad of factors beyond the control of local fiscal policy and jurisdiction.

The Nigerian National Petroleum Corporation (NNPC) has the sole responsibility for upstream and downstream developments, and is also charged with regulating and supervising the oil industry on behalf of the Nigerian Government.

The Chartered Institute of Taxation of Nigeria notes that FIRS has severally adopted unique innovative strategies and initiatives in the collection of VAT during the period (2015 – 2017) that led to approximately 40% increase over 2012 – 2014 collection figures.

The various initiatives included ICT innovations, taxpayer education, taxpayer enlightenment and evaluation, etc. CITN (” the Institute”), as the only tax professional regulatory body in Nigeria, has keenly observed that since August 2015, the FIRS target for two major non-oil taxes were increased by 52% for VAT and 45% for CIT.

This period has not only witnessed increase in absolute collection figures, but has more than ever increased Tax Payers base and has brought Tax compliance consciousness to the Nigerian populace amongst others. There has never been a time in the modern history of Nigeria that Taxation has become a serious issue for conversation.

As part of our tax review mechanism, our Institute exudes confidence that the current strategies and initiatives will improve revenue collections and meet the expectations of the Government. It is hoped that with the adoption of more tax compliance strategies, the tax base will experience further widening to include more people, sectors and businesses into the tax net for enhanced revenue generation.

The FIRS has done credibly well and needs to be commended for these great giant steps by government and all well-meaning Nigerians. The job of Tax collectors is a tough one as tax payers do loathe them.

We are convinced that we have made some progress but yet to reach our objectives as regards taxation in Nigeria.

We urge the FIRS to join hands with CITN in its avowed quest to make taxation the foremost driver of our revenue generation in Nigeria.