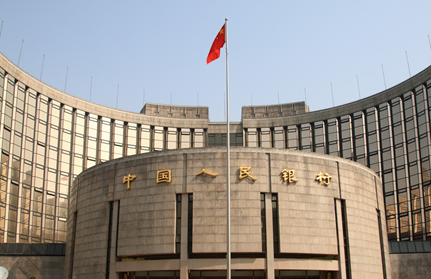 China’s foreign exchange reserves fell to $3.20 trillion in July, central bank data showed on Sunday, in line with analyst expectations.
Economists polled by Reuters had predicted reserves would fall to $3.20 trillion from $3.21 trillion at the end of June.
China’s reserves, the largest in the world, fell by $4.10 billion in July. The reserves rose $13.4 billion in June, rebounding from a 5-year low in May.
China’s gold reserves rose to $78.89 billion at the end of July, up from $77.43 billion at end-June, data published on the People’s Bank of China website showed.
Net foreign exchange sales by the People’s Bank of China in June jumped to their highest in three months, as the central bank sought to shield the yuan from market volatility caused by Britain’s decision to leave the European Union.
China’s foreign exchange regulator recently said China would be able to keep cross-border capital flows steady given its relatively sound economic fundamentals, solid current account surplus and ample foreign exchange reserves.
China’s foreign reserves fell by a record $513 billion last year after it devalued the yuan currency in August, sparking a flood of capital outflows that alarmed global markets.
The yuan has eased another 2 percent this year and is hovering near six-year lows, but official data suggests speculative capital flight is under control for now, thanks to tighter capital controls and currency trading regulations.
However, economists are divided over how much money is still flowing out of the country via other channels, with opaque policymaking and some inconsistency in the data raising suspicions that the fall in the yuan may be masking capital outflow pressure.
After the yuan slipped to below the psychologically important 6.7/dollar level on July 18, it has seen a mild rebound as the central bank stepped in to control the pace of its depreciation.
Still, most China watchers expect it will resume its descent soon, risking a renewed surge in outflows.
A Reuters poll on Wednesday showed analysts believe the yuan may fall more than 3 percent against the dollar by a year from now, more than expected just a month ago, as the economy struggles to maintain momentum and as the dollar edges up on views of an eventual U.S. rate rise.
China will keep the yuan basically stable and continue with market-based interest rate reform, the central bank said on Wednesday.
The country’s economy expanded slightly faster than expected in the second quarter but private investment growth shrank to a record low, suggesting future weakness that could pressure the government to roll out more support measures.