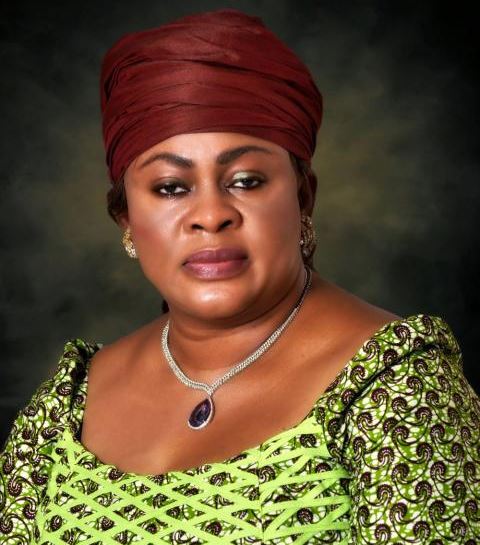 Hon. Justice M.S. Hassan of the Federal High Court, Lagos Division has granted an injunction against Sea Petroleum Oil & Gas Limited, whose chief promoter is former Minister of Aviation, Senator Princess Stella Oduah-Ogiemwonyi on the application of Asset Management Corporation of Nigeria (AMCON).Princess Oduah-Ogiemwonyi, a serving member of the 8th Senate of the Federal Republic of Nigeria has been having a running battle with AMCON over her inability to settle her huge debt of nearly N20billion. AMCON purchased the Eligible Bank Assets (EBAs) of Sea Petroleum & Gas Limited from Union Bank Plc sometime in 2012. But despite the overtures and genuine efforts made by AMCON to reach an amicable settlement, the Senator and her co-promoters have remained recalcitrant.

Having exhausted all avenues of peaceful resolution of the humongous debt, AMCON had no other choice than to refer the matter to court. The order also affects Princess Stella Oduah’s other business interests for which AMCON has since appointed Moyosore Jubril Onigbanjo, SAN as Receiver over the assets of Princess Stella Oduah-Ogiemwonyi; Sea Petroleum Oil & Gas Limited; Sea Petroleum and Gas FZE as well as Star Tourism and Hotels Limited.

The court also ordered the freezing of the funds of Sea Petroleum & Gas Limited and its affiliated companies and principal promoters held anywhere by any entity or persons in Nigeria; authorised AMCON and its Receiver, Moyosore Jubril Onigbanjo, SAN, to take over all assets pledged as collateral for the facility by Sea Petroleum Oil & Gas Limited.

In compliance with the order of the court, AMCON through its Receiver, Moyosore Jubril Onigbanjo, SAN, at about 11:00am on Friday May 18, 2018, simultaneously took possession of the assets of Sea Petroleum & Gas Limited and its affiliated companies.

The Court in granting the injunction ordered the Inspector General of Police, Assistant Inspectors General of Police, and the Commissioner of Police in charge of Lagos State, their deputies and all other police officers under them to assist Moyosore Jubril Onigbanjo, SAN, the Receiver and the Bailiffs of the Federal High Court in the enforcement of the orders.

AMCON under Ahmed Kuru, Managing Director/Chief Executive Officer has maintained that there will be no sacred cows in its bid to recover the huge debts in the hands of a few Nigerians.

To deal with the situation however, AMCON has in recent times increased the tempo of its recovery activities using firmer negotiation strategies as well as utilizing the special enforcement powers vested by the AMCON Act to compel some of its recalcitrant debtors especially those that are politically exposed and business heavyweights to repay their debts.