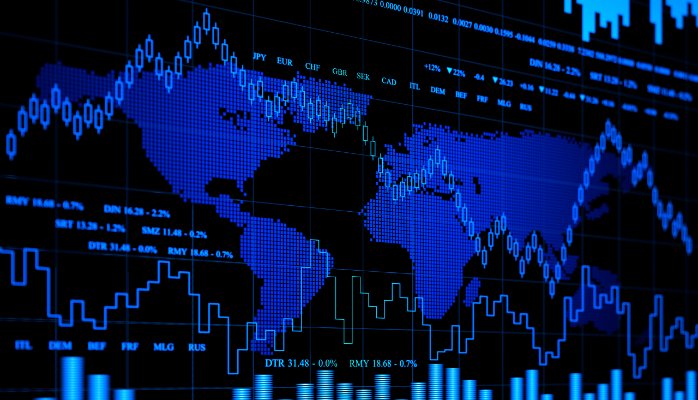 In line with global trends, 2015 was a challenging year for African capital markets in the wake of market volatility and the emergence of renewed global economic uncertainty in the latter part of the year, while the first half resulted in the highest levels of both equity capital markets transactions and proceeds raised in the past five years.

PwC released its 2015 Africa Capital Markets Watch publication yesterday, which analyses equity and debt capital markets transactions that took place between 2011 and 2015 on exchanges throughout Africa, as well as transactions by African companies on international exchanges.

Nicholas Ganz, PwC Africa Capital Markets Leader, says: “At 31 December 2015, African exchanges had a market capitalisation of about US$1 trillion, with 23% of this value residing on exchanges outside of South Africa.

African IPO Market
Overall, $12.7bn was raised in 2015 in ECM activity across the continent. Over the past five years, there have been 441 African ECM transactions raising $41.3 billion.

2015 showed a steady overall increase in IPOs of 12% in terms of transaction volume and 17% in terms of US dollar denominated value, as compared to 2014.

However, 72% of 2015 IPO value and 54% of IPO volume was carried out during the first half of the year, reflective of the relatively higher levels of consumer confidence as compared to the second half of 2015.

Capital raised from IPOs by companies on other African exchanges in US dollar terms increased slightly by 3% as compared to 2014. In terms of volume, the JSE saw a 33% increase in the number of IPOs as compared to 2014, and listings on the JSE’s AltX more than doubled.

Since 2011, capital raised from IPOs by companies on the JSE represented 45% of the total African IPO capital and 33% of the total transaction volume. Coenraad Richardson, PwC South Africa Capital Markets Partner, says:

“The JSE remains a significant anchor of African capital markets activity, with a ranking of second in the world for exchange regulation and a leading global ranking for ease of raising debt and equity capital, according to the World Economic Forum’s Global Competitiveness Report 2015-2016.”

On a sector basis, the financial services sector continued to dominate the African IPO market during 2015 at 46% of total value and 50% of total volume, followed by industrial, health care and consumer goods sectors in terms of value.

African FO Market
Over the past five years, there have been 336 FOs raising $35.2 billion by African companies on both African and international exchanges.

“Though the growth rate of 2015 FO activity did not match that of the prior year, the trend remained distinctively positive,” adds Andrew Del Boccio, PwC Associate Director, Capital Markets, South Africa. During 2015, FO activity increased by 20% in terms of transaction volume and by 13% in terms of US dollar value as compared to 2014.

In 2015, capital raised from FOs by companies on the JSE, specifically, increased by 17% (in US dollar terms), whereas proceeds from FOs on other African exchanges decreased by 30% from $1.2 billion in 2014 to $827million.

Over the five year period, the vast majority of FO activity was from sub-Saharan African countries, with 76% and 86% of total FOs volume and value, respectively.

Between 2011 and 2015, capital raised from FOs by companies on the JSE represented 85% of the total African FO capital raised and 67% of the total transaction value. Over this period, in second place in terms of both FO volume and value was the Egyptian Exchange followed by the Nigerian Stock Exchange.

On a sector basis, FOs were slightly lower than the five-year average in the financial sector during 2015. There was a significant increase in the technology sector from 7% on average to 23%, driven largely by a December rights issue by Naspers.

African Debt Markets
African DCM activity has declined since its peak in 2013. Over the past five years, 489 debt transactions took place on African debt markets or, more commonly, by African companies on international markets, raising $110.2 billion, of which 72% was US dollar-denominated.

Darrell McGraw, PwC Nigeria Capital Markets Partner, says: “Despite challenging economic times, which are felt heavily in Nigeria, 2016 will be pivotal as companies will be looking to reassess their strategies, which may include divesting of non-core businesses. This will create an opportunity for cash-rich investors, or other corporates to tap into the local debt markets to raise domestic currency bonds. Until relative certainty returns to the currency markets, the popularity of US dollar denominated bonds is likely to taper.”

Concludes Richardson: “Growth across the African continent will require continued investment in various sectors including infrastructure, agriculture, financial services, and telecommunications, alongside other industries more traditionally associated with Africa. In 2015, the capital markets reflected this continued need for investment and continued appetite from investors with key portfolio allocations targeted toward emerging and frontier markets.”

“Though this upward trend in activity has been observed over the trailing five-year period, we recognise that uncertainties in the market and economic trends may indicate a more challenging 2016 ahead.”