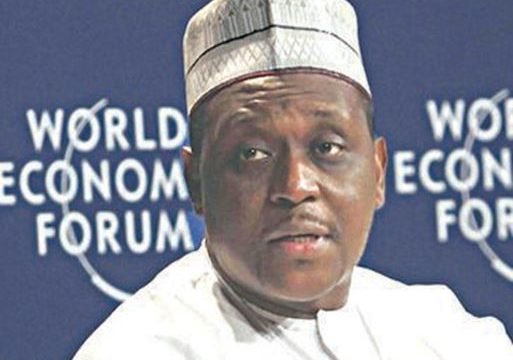 On Friday, 10th of May 2019, Professor Muhammad Ali Pate was appointed by the World Bank Group as the Global Director of Health, Nutrition and Population (HNP) and Director, Global Financing Facility (GFF), in Washington DC.

Announcing the appointment, Annette Dixon, the Vice President of the World Bank Human Development Practice Group, stated that ‘Mr. Pate was selected to this position through the Bank-wide competitive managerial selection process, and will be a great addition to the work of GFF in health and human capital development.’

Less than 2 weeks following the World Bank appointment, on Thursday, May 23, Muhammad Pate was also announced by the Harvard T. H. Chan School of Public Health as ‘Julio Frenk Professor of Public Health Leadership in the Department of Global Health and Population.’

The selection of Pate, according to Professor Michael J. Grusby, Dean for Administration at the institution, was based on the dedication of his career to strengthening public health systems and building innovative partnerships to combat preventable causes of mortality.

Indeed, Muhammad Pate has shown an exceptiona lpassion to improving healthcare delivery systemsin some of the countries and regions of the world most affected by HIV/AIDS, tuberculosis, and malaria and other diseases.

From his early days as a young Medical Officer at the Nassarawa Hospital, Kano in 1991, to 2008 when he became an Executive Director of National Primary Health Care Development Agency (NPHCDA), to 2011 as Federal Minister of State for Health, Dr Pate has remained passionate about saving the lives of vulnerable persons from preventable health challenges and mortality.

At the NPHCDA, Muhammad Pate led his team to tackle the polio epidemic headlong. Less than two years into his appointment, Nigeria, in 2010, achieved a 95% reduction in the Wild Polio Virus. This feat was recognised at the 2011 World Health Assembly in Geneva by Bill Gates when he lauded Pate’s leadership in public health delivery.

As Minister of State for Health, Muhammad Pate led domestic reforms aimed at improving cogent primary healthcare indicators in the country and engagements with multilateral funding agencies and donors.

In 2012, under Pate’s leadership, high-level development partners, under the then Prime Minister Jens Stoltenberg of Norway arrived in Nigeria to join President Goodluck Jonathan to launch the Saving One Million Lives (the SOML) initiative with support from Clinton Health Access Initiative.

The aim of the initiative was to save an estimated one million mothers and children that die each year from preventable causes.

A man of vision, Muhammad Pate had earlier laid the foundation for the Saving One Million Lives initiative when he led the NPHCDA to launch the national Midwives’ Service Scheme (MSS) to take care of the deficit of trained midwives and skilled birth attendants in the rural communities.

It is a living legacy of Muhammad Pate’s work that the SOML is still delivering on its vision; and represents the boldest attempt by Government to improve maternal and child health outcomes so that they are more in line with the country’s level of wealth.

In 2013, shortly after delivering on his Ministerial role to the people of Nigeria, Muhammad Pate took up a professorial chair at the United States’ Duke University’s Global Health Institute. Under the position, Pate served as Senior Adviser to the Seattle-based Bill and Melinda Gates Foundation.

Pate was also the founding chief executive officer of the Big Win Philanthropy which invests in children and young adults in developing countries to improve their lives and maximize demographic dividends for long-term economic growth.

In 2017, the Ondo University of Medical Sciences, in recognition of his contribution to the field and practice of medicine, established the ‘Muhammad Ali Pate International School of Public Health’ and named him the Chair of its Board.

The Medical Women’s Association of Nigeria (MWAN), a non-governmental, non- profit, non-sectarian, and non-political organization of Nigerian female Medical and /dental practitioners, has been watching the sterling progression of Dr Muhammad Ali Pate over the years.

We are excited at the announcements; and strongly believe that Dr Pate will typically deliver on the terms of the appointments,both as a Global Director at the World Bank Group and a Julio Frenk Professor of Public Health Leadership at the Harvard,towards a healthier world for all.