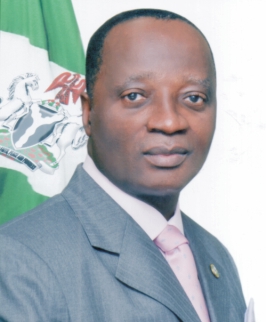 The Award, an initiative of the African Insurance Organisation, and in its third edition now recognises individuals and companies for their outstanding contributions towards the growth of the African insurance industry.

The second edition was awarded to Rajni Varia, former Managing Director of ZEP RE in Kenya in 2017.

Fola Daniel, having won the 2018 edition of the award will be automatically nominated for the Insurance Hall of Fame, which is organised by the International Insurance Society (IIS).

Prior to his appointment as Commissioner for Insurance in 2007, Daniel was the Managing Director of Globe Reinsurance Plc. With experience spanning over 30 years, he has worked in various capacities at Senior Management level. He was a Branch Manager and later Northern Area Manager of Great Nigeria Insurance Co. Ltd in 1986.

In 1989, he joined Globe Reinsurance Plc as Underwriting Manager. He rose to the position of Assistant General Manager (Technical) from where he was appointed by the Federal Government as Executive Director (Operations) of Nigerian Agricultural Insurance Corporation (NAIC). He was later appointed the Managing Director/CEO of the Corporation in 1994. During his tenure, the Corporation witnessed a phenomenal change in fortune from a hitherto loss position to a profit making organization. He returned to Globe Reinsurance Plc as Managing Director/CEO in 2004 after he successfully completed two-term tenure of 10 years at NAIC.

He was also a member of the Boards of Directors of Africa Reinsurance Corporation, Nigeria Agricultural Insurance Corporation (NAIC), Nigerian Content Development & Monitoring Board (NCDMB) and the Economic & Financial Crimes Commission (EFCC), etc.

He became the CFI in 2007 at a time the industry faced upheaval caused by a flawed consolidation exercise. As the industry struggled then to cope with the crisis, it needed a purposeful regulatory body with visionary leadership, which Daniel gave, to the satisfaction of many industry players.

As commissioner for insurance he was able to reposition the Nigerian insurance industry for eight years.

The commission under his leadership provided the needed regulatory platform upon which the quality of service to policyholders has improved significantly. The agency kicked-started the process of sanitising and transforming the industry to meet international best practices in 2007 by first resolving all the problems associated with the recapitalisation/consolidation exercise.

One of the major steps the commission took to ensure the emergence of a very vibrant and strong insurance industry that is capable of competing with its peers globally was the formulation of an initiative code-named Market Development and Restructuring Initiative (MDRI).

Amongst the cardinal objectives of the MDRI was the deepening of insurance penetration in Nigeria and the commencement of the enforcement of compulsory insurances which have been made compulsory by law as enshrined in sections 64 and 65 of the Insurance Act 2003.

This programme was launched successfully in the six geo political zones of the country including Lagos and Abuja and full implementation in September 2011.