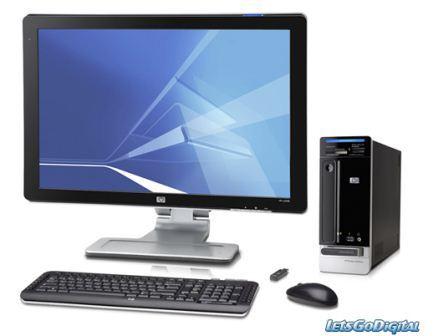 The Middle East and Africa (MEA) PC market experienced a 13.3% year-on-year decline in shipments in the second quarter of 2016 to total 2.9 million units, according to global technology research and consulting firm International Data Corporation (IDC).

While this is a continuation of a long-running tend, the overall decline seen in Q2 2016 was the slowest in the past five quarters. When segmenting the market, notebook shipments fell 11.4% to total 1.7 million units, while desktops suffered a sharper decline of 15.7% to total 1.2 million units.

“The speed of the market’s slump was slowed by the growth seen in countries such as Turkey, Egypt, Morocco, and Tunisia,” says Fouad Charakla, Senior Research Manager Personal Computing, systems, and infrastructure solutions at IDC Middle East, Africa, and Turkey.

“But some key markets experienced significant declines, with Nigeria’s shipments suffering the biggest fall at 63.4% year on year, while the Saudi PC market almost halved in size. Other key markets to experience notable declines included the Rest of Middle East sub-region (Iran, Iraq, Syria, Yemen, Palestine, and Afghanistan) and the smaller Gulf markets (Bahrain, Oman, Kuwait, and Qatar). The reasons for these declines vary from country to country but include political instability, currency issues and fluctuations, security concerns, low oil prices, and high levels of inflation.”

Another key reason for the overall decline was a significant slowdown in consumer demand, caused primarily by the on-going shift away from PCs towards tablets and smartphones. This shift is particularly pronounced in the consumer segment, although home users continued to account for the majority of PC demand in the region.

The market continued to see some consolidation in terms of vendor share, with the top five players combined gaining share both quarter on quarter and year on year. Indeed, the top three vendors – HP Inc., Lenovo, and Dell – accounted for over 60% of overall PC market share in Q2 2016, and over 70% of demand stemming from the commercial segment.

Notebook vendor Toshiba has all but exited the region’s PC market, with the vendor recording only a few shipments in just one country during the quarter.

Despite losing market share from Q1 2016, HP Inc. was once again the region’s leading PC vendor by a significant margin, courtesy of its strong distribution and channel network. Lenovo retained its position at number two, dominating the consumer segment with its strong presence in the retail space.

Dell ranked third, experiencing notable growth within both the corporate and SMB segments, while fourth-placed ASUS was the only player among the top five to increase its shipments year on year. The vendor continues to focus on the consumer segment, which is where it experienced gains. Acer suffered the sharpest decline of the leading vendors, after suffering intense competition in the consumer space.

“Demand in the MEA PC market will continue to be inhibited by a variety of factors over the coming quarters,” says Charakla.

“However, the market will decline at a slower rate than previously experienced. It is worth noting that IDC’s forecast for Turkey, the single biggest market in the region, has been revised significantly downwards for the second half of 2016 due to the insecurity and instability that has followed July’s failed coup attempt. Post 2016, the MEA PC market will likely return to a slow growth trend as PC penetration in certain parts of the region is still relatively low and we expect IT adoption in general to continue increasing steadily.”